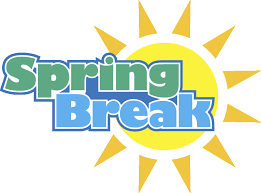 The Providence Academy community is blessed with so many different things, a strong religious school, great academics, and even really good food.  But one of the things that may be taken for granted every year is having two weeks vacation for spring break.  Since schools like Orono, Heritage, Wayzata, and Maple Grove have just one week off from school for spring break, the question is why two weeks instead of one?
Providence Academy has always had the two weeks off for spring break and it has typically fallen in the last two weeks of March.  “A lot of people in Minnesota like the idea of having the extra time off,” says Headmaster Dr. Flanders.  Having Providence start a few days early or even end a day or two later keeps Providence Academy typically around 175 days of school a year.  Since there has not really been a lot of complaints about the length of the spring break, no plans have been made to change how long spring break is in the future.

The two weeks off also does not hurt students intellectually-speaking. An experiment done by Herrmann Ebbinghaus in 1885 found that after learning the information students lose roughly 75 percent of it after six days but that levels off.  After a month off it is found that students remember about 21 percent of the information (these numbers, however, can vary depending on numerous factors especially the difficulty of the material).  So compared to the loss of information that takes place within the first six days, the additional week off has little impact. PA students have about the same amount of information remembered as the students who had one week off, yet PA students have the added bonus of five extra days out of school to relax before the 4th quarter begins.
It appears that when it comes to spring break, two in the hand is better than one in the bush.