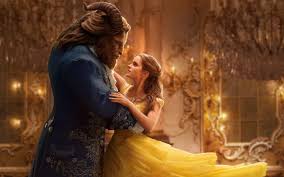 Recently, a remake of the 1991 classic Disney movie Beauty and the Beast came out in theaters all around. Beauty and the Beast is the story of a girl named Belle, portrayed by Emma Watson. Emma Watson did such a phenomenal job she could win a NoBELLE Prize. Belle’s father Maurice, portrayed by Kevin Kline, left town to go to a convention. On his way, he gets lost and ends up at a castle, where he is taken prisoner by the Beast and Prince, played by Dan Stevens.
Many years ago a witch cursed the Beast and his staff because of his pride. His staff becomes inanimate objects and becomes a beast. Only true love can stop the curse from becoming permanent.
Belle gets worried and goes to find her father. She finds him, and offers to take the place of Maurice if he can leave. The Beast agrees, and throughout her stay, Belle and the Beast fall in love. Maurice leaves and rushes to town to get help to save Belle. The townspeople think he is crazy, and the only one who will help him is Gaston, who is in love with Belle. Gaston, played by Luke Evans, only helps because he is in love with Belle. However, he sees the Beast and is frightened. He runs back to town and enlists the help of some villagers to defeat the Beast.
They agree, and a battle takes place between the villagers and the castle. The whole castle is in chaos, and the Beast gets hurt. Belle thinks he is dying and proclaims her love for him. The curse is broken and the Beast becomes a Prince once again and the staff become themselves again. The movie ends with the famous ballroom scene.

Many students at PA saw this movie.  “I really liked it and would definitely recommend it. I loved how it showed that true beauty comes from within,”says freshmen Ben Guerrero.
Another freshman Teya Winn says, “Beauty and the Beast was an amazing film. I loved it. It showed a classic Disney movie, and made it modern. I could relate more to the story than before. The special effects, like Mrs. Pots, Chip, etc. were all spectacular. Emma Watson (who plays Belle) sang beautifully in every song, inspiring many to be strong, kind, and selfless. I recommend seeing Beauty and the Beast because it simply made me smile.”
This movie is already being considered for an Oscar, and it wouldn’t be a shock if  the award Best Picture was BEASTowed on it.
Beauty and the Beast was a great movie recommended by PA students, so if you are looking for something to do, go see it for yourself!

3 Replies to “Box Office Record Setter: Beauty and the Beast”