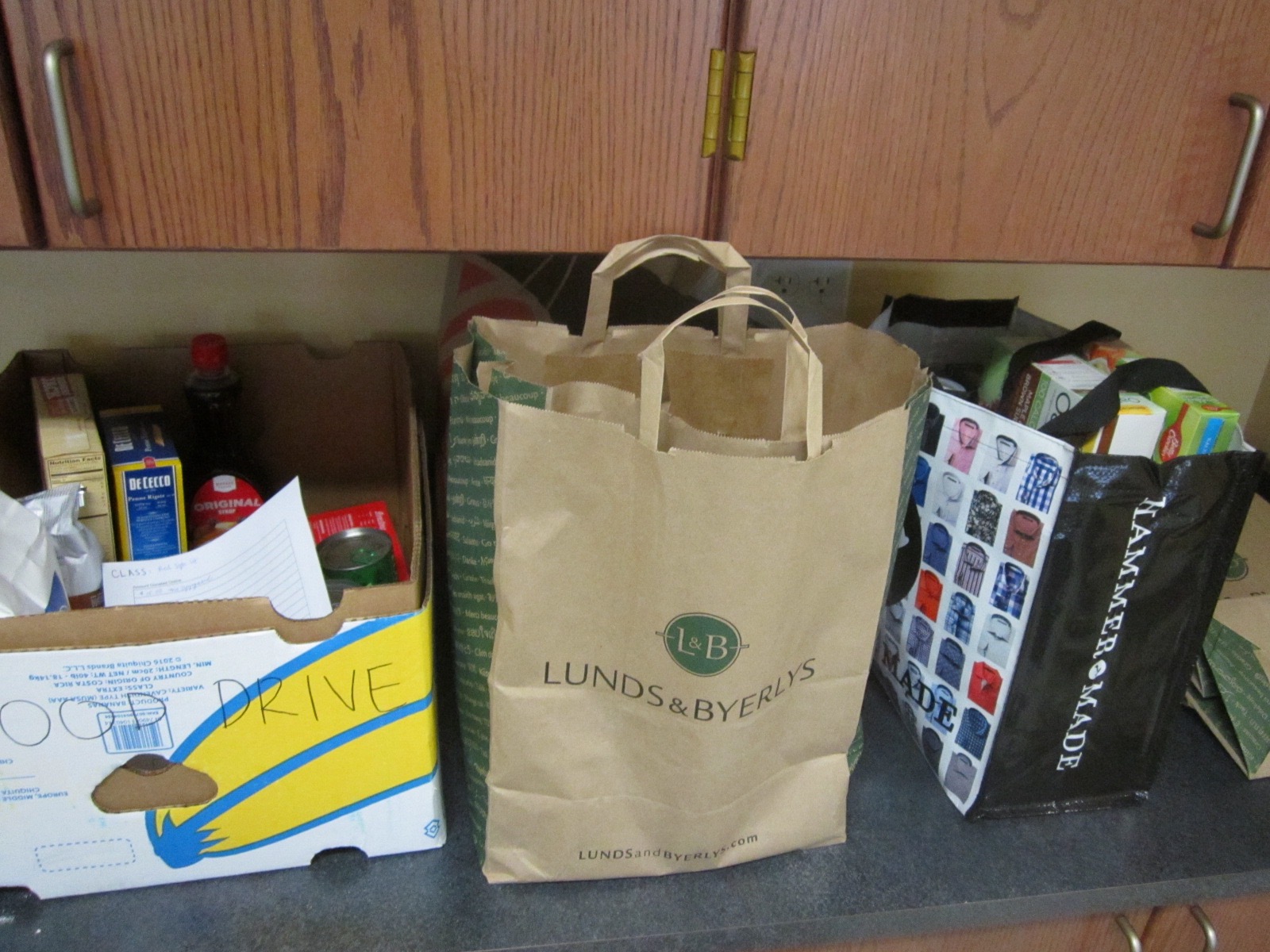 Interfaith Outreach and Community Partners (IOCP) is raising food and money from March 1st to March 31st. This is called their “Prevent Hunger Campaign,” in which they receive donations from food drives and fund drives in our community. Their goal is $150,000 and 100,000 pounds of food. It is great that Providence Academy agreed to hold a food drive to help support the IOCP initiative. Caroline Mahowald ’19 and I organized this food drive as a part of our duty as IOCP youth ambassadors. We applied to be youth ambassadors in the fall. Being an IOCP youth ambassador means that you help organize events for IOCP at your own school and community. So far, Caroline and I have organized a sleep out, which was held in December. You can read more about the sleep out in Caroline’s article titled “Winter Service Projects.” Our next project was the food drive. “I think its really great what Riley and Caroline are doing for IOCP considering all the people that IOCP helps,” says Lauren Wall ’19.
The first thing we did to start organizing the food drive was to start thinking of ideas at one of our youth ambassador meetings. Later, we typed up a google doc with all of our ideas and details included on it and sent it to the student council, and from there we went to Mr. Harman for approval.
After we got approval, we went to Chipotle (the one located in Plymouth) and spoke to the manager. We told her about the food drive and the Prevent Hunger Campaign. We got a call a couple days later from the Chipotle manager informing us that they had agreed to sponsor a lunch for the red class that wins. Chipotle is giving the winning class a “burrito by the box,” on April 3rd, which is the Monday we get back from spring break. A burrito by the box is about 30 burritos that all have the same toppings.
Then after we got the sponsoring confirmed with Chipotle, the next step was to get the word out. We went to Mrs. Gregg and she announced the food drive in the morning announcements and we put up bright posters around school. “It was kind of stressful to plan, but it payed off in the end, and it was great to be able to organize this food drive with Riley to help the Prevent Hunger Campaign,” says Caroline Mahowald ’19.

The next thing we had to do was get boxes for each red period class in which they could place the food. We went to the Lunds and Byerlys in Minnetonka, and they agreed to donate boxes for our food drive. They were very generous and gave us as many boxes that could fit in Caroline’s car.

The food drive started on Monday, March 13th and ended on March 17th. It was a competition between Upper School red period classes. Students and teachers could donate in two ways. They could donate by bringing items into school to place in their class box, or by donating money online. To donate online, there were links shared in the announcements. Once a student or teacher donated online, they wrote down the amount donated on a sheet beside their class box.