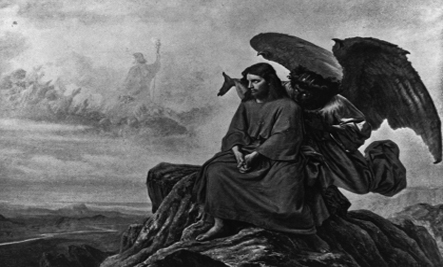 The Lenten Season is a period in the Church when Catholics reflect on the sacrifice of Jesus and try to focus on drawing themselves to Him. The Catholic Church has many traditions and practices during Lent that help with this process. One of the more prominent of these is the mandatory abstinence from meat on Fridays. But why does the Church practice this?

Mr. Keiser, an Upper School history teacher says, “fasting is as old as religion.” Mr. Keiser remarks that evidence of Christians and fasting is present in the Didache, one of the oldest non-biblical texts for Christianity. This shows that fasting has been traditional from the very beginning.

Fasting is a practice held by many religions throughout history, and the Hebrews are one of the most famous for their devout abstinence from certain food during the Old Testament Era. This practice was taken up by Christianity and most famously the Catholic Church as an important religious practice. However, it is important to note the difference between fasting and abstinence, as many people mistakenly take them to mean the same thing. Fasting is when one will refrain from eating any food at all, or at least have very little of it, while abstinence is where one will refrain from eating a certain type of food, which, in the Catholic Church, is usually meat. Catholics can perform these practices whenever they want, but during certain days, Catholics of a set age are required to do fast. For instance, in the United States of America, during Ash Wednesday and Good Friday, all able-bodied Catholics between the ages of 18 and 59 must perform a fast. 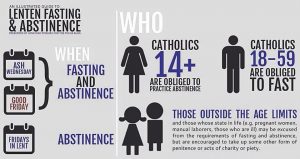 But this still doesn’t answer the question of why the Church doesn’t allow meat on certain days. Remember, Lent is 40 days long, which is a Holy number symbolizing a sort of trial or test one must go through. Jesus fasted for 40 days in the desert in preparation of his ministry in the world. During this period, Jesus was tempted by Satan 3 times, and every time He overcame the Devil. Lent is a time where Catholics can become detached from things through trials and suffering so that we may grow closer to Christ and farther from worldly pleasures, whatever they may be. Some exceptions do occur, though. Sometimes St. Patrick’s Day happens during a Lenten Friday, and in these cases, some Catholics are allowed to have meat through a dispensation in celebration of this feast day.

The link to the official announcement is here.