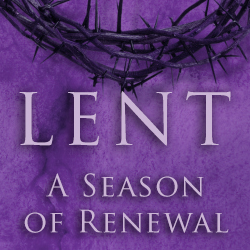 The Catholic Church has many feast days and events throughout the year, one of which is Lent. Lent is a time that occurs in the Spring, when Catholics are to take time and remember and reflect on the life of Jesus Christ, particularly His Passion, Death, and Resurrection. The Lenten season lasts 40 days in remembrance of the 40 days Jesus Christ spent in the wilderness. The number 40 is also a holy number which symbolizes a type of trial someone undergoes.

Mrs. Gregg, of the Upper School Administrations Office, said PA celebrates Lent because “its part of our Catholic tradition” and “it’s our preparation for Easter”. 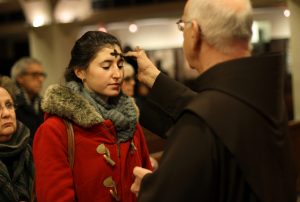 Lent has many longstanding traditions, all of which are supposed to draw us closer to God. One of the most famous of these is giving up something for the entire season (except for Sundays), as a type of sacrifice. Another tradition is fasting. Catholics fast by only having one full meal and refraining from meat on Fridays, Ash Wednesday, and Good Thursday. These traditions are purposefully difficult as Lent is also about discipline and helps one to refrain from giving into temptations and sin.

According to The Washington Post, Pope Francis has also added to this Lenten challenge.  In his March 1, 2017 article, Frances D’Emilio’s writes, “He [the Pope] also advised faithful to ‘say no’ to ‘prayer that soothes our conscience’ as well as ‘almsgiving that leaves us self-satisfied.'”

Providence Academy has a long tradition of celebrating Lent to the fullest, and this year is no exception. PA started it off with the Ash Wednesday Mass on the 1st of March, over which Archbishop Hebda of Minneapolis and St. Paul presided. On both the 17th of March and the 7th of May the Stations of the Cross will be held in the chapel. The Middle School is doing multiple activities for Lent, such as donating things that they no longer use. On the 8th of March the entire Upper School participated in a Lenten reflection performed by the NET team. The Lower School will be doing things such as donations, prayer, giving things up, and a Family Service Project Day. The 5th grade will also be volunteering at Feed My Starving Children as a service project for Lent.

Through the season of Lent, we grow closer to Jesus. But in doing this, we become more of a part of the Mystical Body of Christ, and in that way this season of Lent unites the Church more than ever.