Why are Spring Sports so Special? The Meaning Behind Lent

Sailing into a New Season

By Caroline Mahowald On March 8, 2017 In Current Highlights, Sports

Sailing is a sport that not many people have heard of or tried. It is a very interesting sport that seems to intimidate some people. “I feel like sailing seems so hard and complicated,” says Maggie Murphy ’19. In reality, sailing is a really fun sport with a great coaching staff, who help everyone to learn the sport. 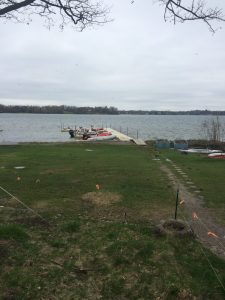 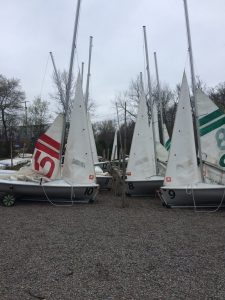 The sailboats, called 420’s, which the sailors use.

The sailing team welcomes all levels of experience, including beginners who have never sailed before, the people who have been sailing for a while, and the elite team. At the start of the season, the beginners practice with the head coach to learn the basics. After they get a handle on the idea of sailing, they are partnered with people who are more knowledgeable about the sport. This creates a safe environment where people of all ages and skills can learn the basics of sailing. With four coaches in the spring season, there is a lot of mentoring and resources for new sailors.

The Providence Academy sailing team practices at the Wayzata Community Sailing Center on Lake Minnetonka with a few other schools in the area, including Benilde, Wayzata, Orono, and Chanhassen. “Sailing practices are fun because you get to meet so many new people, but you are still a separate team with your own school,” says Eleanor Christianson ’19. A basic sailing practice is about two and a half hours, consisting of drills, where the sailors work on turning, either by jiving or tacking, and race-like scenarios, which are called regattas.

Right now, the sailing team consists of six people, but they always want new people to join. They gave donuts out in the atrium so that people would know about the sailing team, and maybe eventually want to sign up. The students on the sailing team always try to explain that sailing actually is really fun, so that more people want to participate. “One time we sailed to Ben & Jerry’s”, Jack Wall ’17 recalls.

3 Responses to Sailing into a New Season