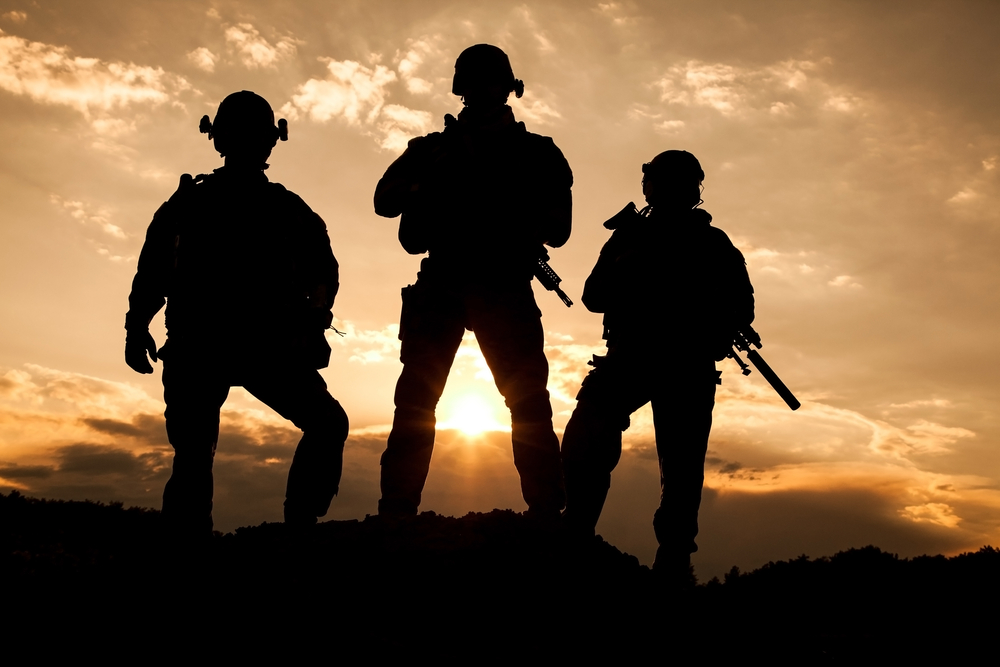 The U.S. Army is the biggest branch of the military and has the most powerful ground force of all the branches. According to www.army.mil, “The U.S. Army’s mission is to fight and win our Nation’s wars by providing prompt, sustained land dominance across the full range of military operations and spectrum of conflict in support of combatant commanders.” The Army provides the bulk of many ground-based operations and has been around since 1775. This branch contains a myriad of military occupational specialties (MOS) allowing for many different experiences. There are positions such as: infantry, armor, mechanized infantry, parachute infantry, special operations, medical occupations, technical occupations, helicopter-related occupations, and much, much more. This branch is essential for any major inland campaign, and provides the backbone for such theaters of combat.

The U.S. Navy is another major military branch. According to  www.navy.mil, “The mission of the Navy is to maintain, train and equip combat-ready Naval forces capable of winning wars, deterring aggression and maintaining freedom of the seas.” The Navy is the maritime branch of the armed forces, mainly focusing on naval operations. The U.S. Naval Fleet has plenty of ships, including 19 aircraft carriers, more than any other nation in the world. The Navy performs plenty of roles, as it fights in the air, on the water, and on land, possessing a wide variety of ships, submarines, and aircraft, while it engages in land operations through the Marines and special operations units.

The U.S. Marine Corps is the other major ground force.  According to http://www.marines.mil/Portals/59/Docs/MarineCorps101_2.pdf, “The Marine Corps shall be organized, trained, and equipped to provide fleet marine forces of combined arms, together with supporting air components, for service with the fleet in the seizure or defense of advanced naval bases and for the conduct of such land operations as may be essential to the prosecution of a naval campaign.” Since it is officially a part of the Navy, it specializes more in maritime-related operation such as beach landings. The Marines are also able to take part in land-based operations, just not as extensively as the Army. The Marines are very well-trained for a variety of roles such as infantry, pilots, tankers, and more.

Mrs. Cessor-Culver, the Middle School Administrative Assistant, was in the U.S. Marine Corps as a diesel mechanic, range coach, and career retention specialist with 21+ years of service. She said that “[I’m] glad I joined” and that although there are many sacrifices, it teaches you a lot.

The U.S. Air Force is the primary air power in the military. According to www.af.mil, “The mission of the United States Air Force is to fly, fight and win…in air, space and cyberspace.” Although the Navy and Marines utilize aircraft, the Air Force is centered around them. It is the single largest air force in the world. The aircraft in use by the Air Force can bring major firepower to the battlefield. They have everything from jet fighters and bombers, to stealth aircraft and troop transports. They do many things regarding space and cyberspace as well.

The Coast Guard is the force that protects the United State’s domestic waters. According to www.uscg.mil, “The mission of the United States Coast Guard is to ensure our Nation’s maritime safety, security and stewardship. ” Although overlooked a lot, they are a massive component in keeping the nation safe, as they deal with everything from counter-drug ops to rescue missions. This branch is always working, as they perform emergency services as well as the combat duties. They are the only branch of the military to also be a part of the Department of Homeland Defense, which means that it is allowed to be used to enforce laws domestically. The only other military units allowed to do this are the Army National Guard and the Air National Guard.

Special Operations Forces (SOF) are a major part of the U.S. Military. Every branch of the U.S. Military possesses at least one SOF. The most elite SOFs are units such as the Navy’s SEAL Team 6 and the Army’s Delta Force. Both of these units are extremely well-trained and are sent to perform some of the most critical missions, like the assassination of Osama Bin Laden and the capture of Saddam Hussein. Other units, although not at the same tier as these two, are still very efficient. These include units such as the Marine Corps’ Task Force Recon, the Army’s 75th Ranger Regiment and Special Forces (Green Berets), the Air Force’s Para-Jumpers, as well as others.

But what can you gain from joining any of these? The military, being volunteer-based and service-oriented, won’t really give you wealth and luxury like certain civilian careers; however, you will be hard-pressed in finding another community that develops character more efficiently than the Armed Forces. It is about service and sacrifice, not personal gain. But, on the other hand, there are many practical skills and values that the military can help develop. Just being in the military boosts discipline, respectfulness, honesty, courage, honor, and other virtues, but when it comes to practical skills, different occupations teach different skills like: organization, navigational skills, weapons-handling, survival, coordination, situational awareness, technical skills, medical skills, stealth, calmness in emergencies, responsibility, leadership skills, self-defense, rapid decision-making skills, and the list goes on.

The military can also provide extreme hands-on experience. If you want to be a doctor or work at a hospital, then being a combat medic puts you in situations where you have to deal with in-the-field injuries that can range from broken bones to gunshot wounds. If you wants to be an engineer, then you have the chance to work on aircraft, tanks, ships, and many other sorts of vehicles. If you eventually want to join Law Enforcement then being in the infantry or a SOF will provide a myriad of combat and tactical skills. If a you want to be a pilot, every branch has some form of aircraft, whether it be transport helicopters or fighters. Ultimately, the choice is yours to make; you can go for whatever occupation you desire.  The military is all about determination, so nothing is stopping you from trying anything.

Another benefit from joining the military is being able to do things that civilians might never get the chance to do. You will be able to be sent to the various American military bases all over the world. Most people have to spend thousands of dollars to do something like that, while you can do it for free. Also, the social experience is amazing. In the military, you may find the best friends in your life. Again, if you want a future civilian career, then having been in the military can help with too. Having military experience on your resume shows that you have been trained in discipline, virtue, and efficiency, which are all qualities that a job would look for.

The military is now more diverse than ever, as women are allowed to perform certain combat roles. There are still units closed to female personnel, such as many special operations units. But overall, the military is in a much better position to include female personnel than it was in the past. This will be beneficial to women because they will be able to experience the same benefits that men have.

Joining an ROTC program or going to a military academy can be extremely helpful for a military career or even a civilian life afterwards. Joining one of these means that once you graduate from the four years of college and the basic training, you can start off as an officer. There arethree military academies in the U.S.: the United States Military Academy (West Point), the United States Naval Academy (Annapolis), and the United States Air Force Academy (Colorado Springs). These are highly prestigious and extremely selective schools that provide better military curriculum than any other ROTC program and prepare the cadets for military life by immersing their entire college experience in a military atmosphere. Going to either a military academy or a college with a senior military program will guarantee you an active duty commission, while cadets need to compete for these when attending a normal ROTC program.

Overall, the military will give you a level of experience and hands-on training that no job could dream of providing. It also instills many virtues and good characteristics in you. The military has a rich tradition of excellence in everything it does, giving you the best experience of your life; even though it has much pain and sacrifice tied to it, this career choice is for those who want to stand above the rest by giving their lives to the service of others.