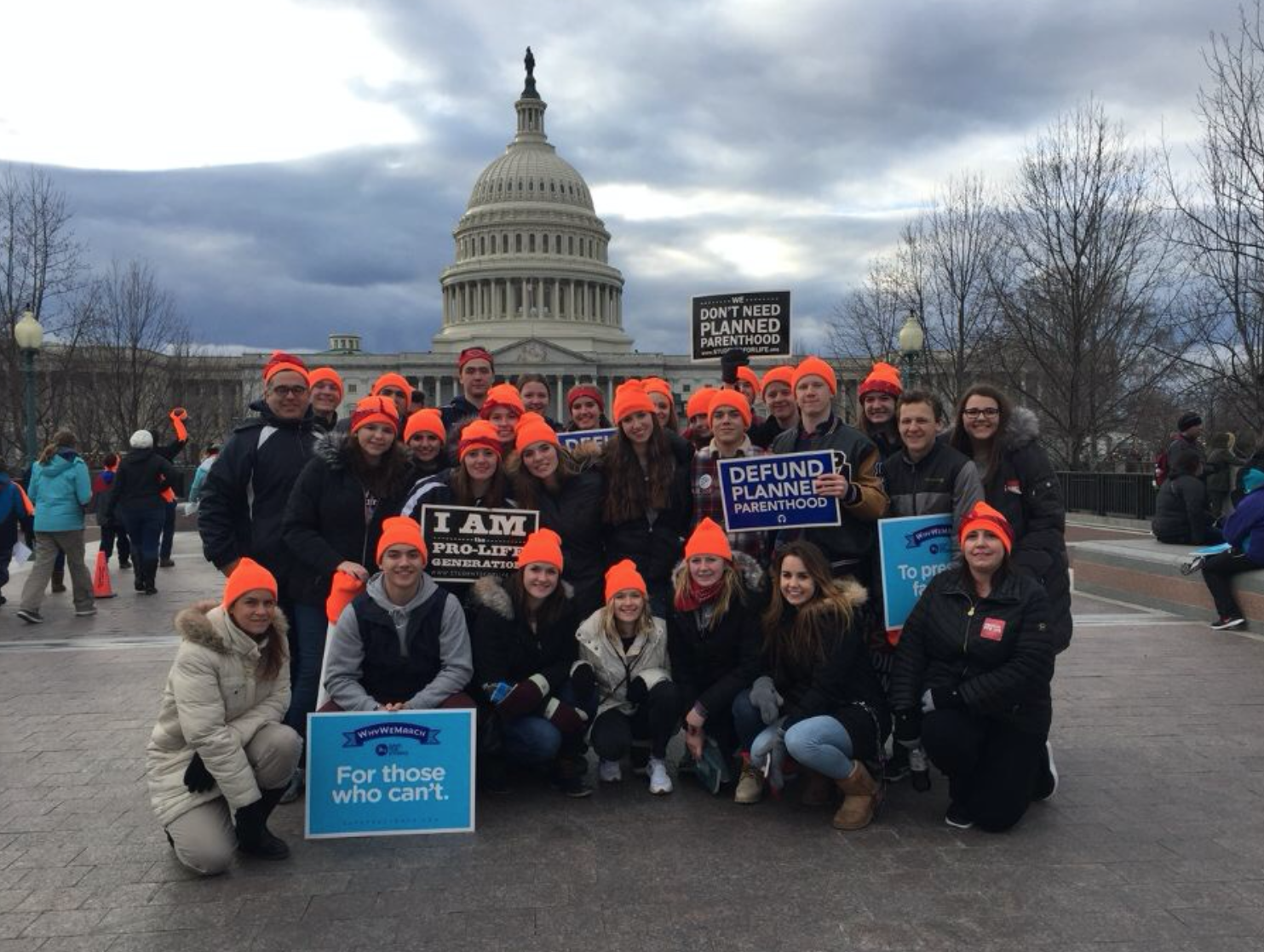 Why do thousands of people from around the world, including PA students, gather each year at the nation’s capitol to march?

“for those who were given the chance at life.”

“for all the people that couldn’t. Not only unborn babies, but women who have had abortions and are suffering from the long lasting effects abortion has.”

“to support a movement that meant a lot to [her] along with good friends.”

“for all those affected by abortion, including the mothers and abortionists. The pro-life movement isn’t so much about saving lives ourselves, but empowering mothers to save the lives of their children.”

On January 27th, 2017, these PA students, and thousands of others marched for life.
The March for Life started in 1974, in D.C. and quickly became the world’s largest pro-life event. This year D.C. held the 44th annual March for Life. The March for Life is a march on the streets of D.C. to protest against abortion. It is always held around the anniversary of Roe v. Wade, which was a court case that led to the legalization of abortion.

However, you do not need to travel all the way to D.C. to stand up for the cause. There were marches all over the US. 34 out of 50 states hold an annual March for Life, including our own state of Minnesota. Minnesota recently had their March for Life on the streets of St. Paul, on January 22nd. The Providence Academy NET team participated in the March for Life here, in Minnesota.

Providence Academy annually takes a group of upper school students to Washington D.C. to attend the March for Life. The PA students that went left on Thursday, January 26th. When they arrived, they went to a pro-life conference with different pro-life organizations. After the conference, the group went out to dinner at an Italian restaurant called Bertucci’s.
The next day, Friday, was the day of the march itself. They began the day with a morning Mass, and then headed to the Washington Monument to listen to some Christian DJ’s and spend time with friends. Then the march began. They marched from the Washington Monument to the US Capitol, a distance of a little under three miles. The group also stopped for lunch at some Mediterranean food trucks.
On Saturday, the group attended an all day conference where they listened to several pro-life speakers like Kristen Hawkins, Jason Jones, and Josh Brahm. These speakers taught students how to defend their pro-life beliefs if ever in a debate or argument.
The next day, Sunday, the group toured some famous monuments in the D.C. area. Sunday was also the day that they were supposed to head home, but their flight was unfortunately cancelled, and they ended up staying an extra night, and coming home on Monday, January 30th.
Grace Klassen ‘18 attended the March for Life with Providence. She took videos of the trip and put them together into a series of You-Tube videos. If you want to watch them, a link to her “D.C. DAY ONE 1/26/17” is available below.