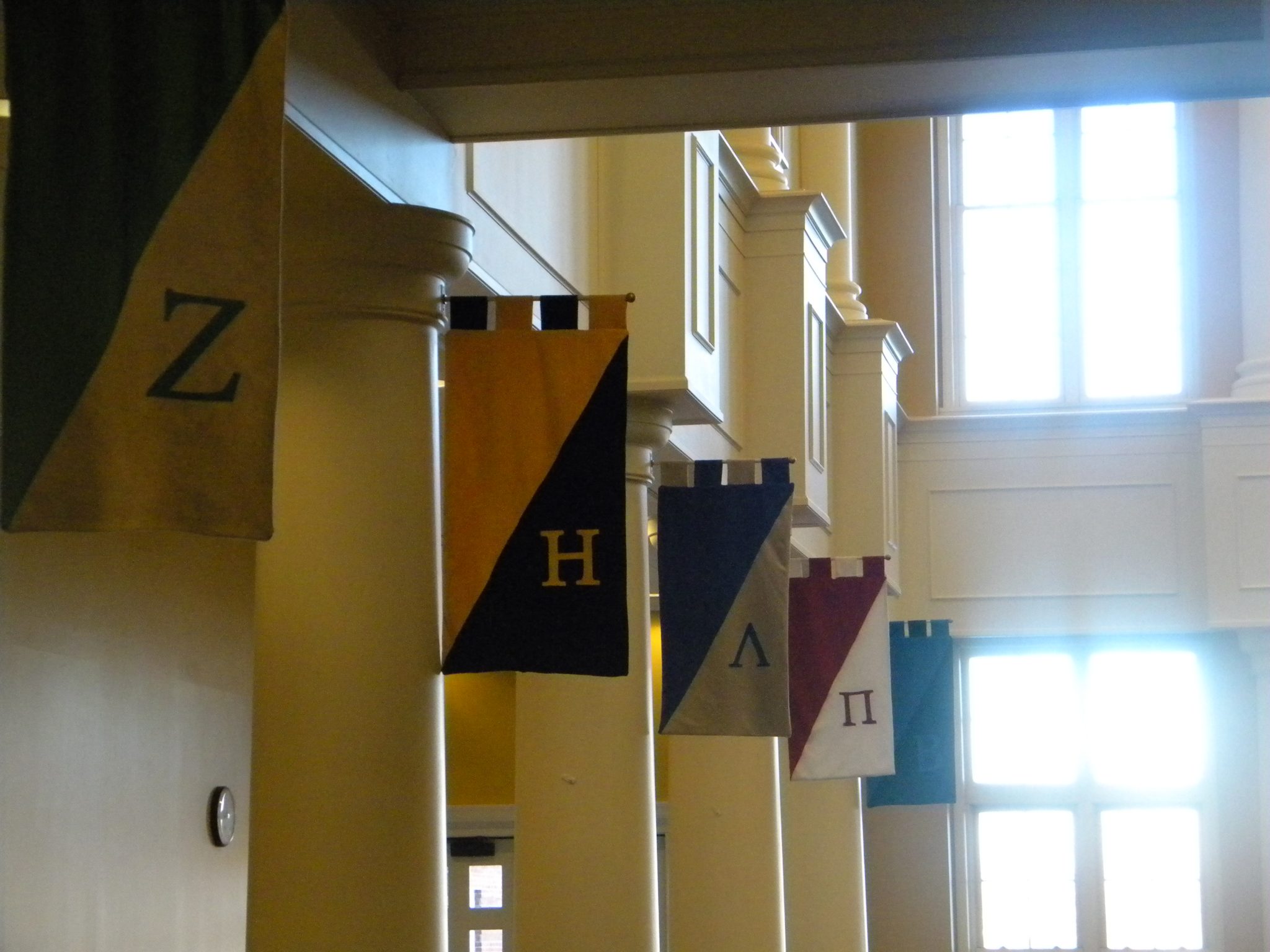 At Providence Academy, we have a tradition similar to to that of Hogwarts from Harry Potter.  Taking a page from the book series, you can see the similarities.

“While you are at Hogwarts, your triumphs will earn you house points, while any rule-breaking will lose house points. At the end of the year, the house with the most points is awarded the house cup, a great honor.”

The Providence Academy website explains House as a way “to build a community of friendship and support. A House is a grouping of upper-school girls and, separately, boys in cohorts that remain together throughout their upper-school careers.”
Throughout the year, Houses compete to get “House Points”.

One of the best ways to get points is through the House Tournament. The tournament offers many chances to get points and rise to first place, and by the end of the year the House with the most points gets bragging rights and the opportunity to wear their house shirt instead of a uniform shirt during finals.
Ashley Servais ’17 is the student leader of the Pi House. She said that there are house meetings twice a week, and that is when the different activities are planned.
Some of the duels for this year’s House Tournament included ultimate frisbee, dodge ball, and pictionary.
“My favorite duel during the House Tournament was ‘human hungry hippos’, because during that duel so many girls in my house actually participated,” said Lauren Wall ’19.

One of the most common complaints about house is the lack of participation.
“House would be more fun if more people joined in. I think that if there were other interesting activities, students would want to engage in House more,” said Maggie Murphy ’19.
Other students said that they would participate in House if the stakes were higher and there were better prizes, like a pizza party for example.
Some students also explained that in the House Tournament, they wished that there were ways to keep getting points. As the bracket is set up now, if a House loses a duel in the first round, they move to the consolation bracket. In the regular bracket, a House that wins gets more points than a House that wins in the consolation bracket. If a House loses a duel in the second round of the tournament, they are out, with no other chances to get points.
If a House keeps winning though, they get a huge number of points and that can really impact their standings. The House Tournament is a great way for Houses that are not in the to lead to earn some points and move up in the rankings, but a loss early on in the tournament can be quite devastating to a House.

One Reply to “Real Life Hogwarts”