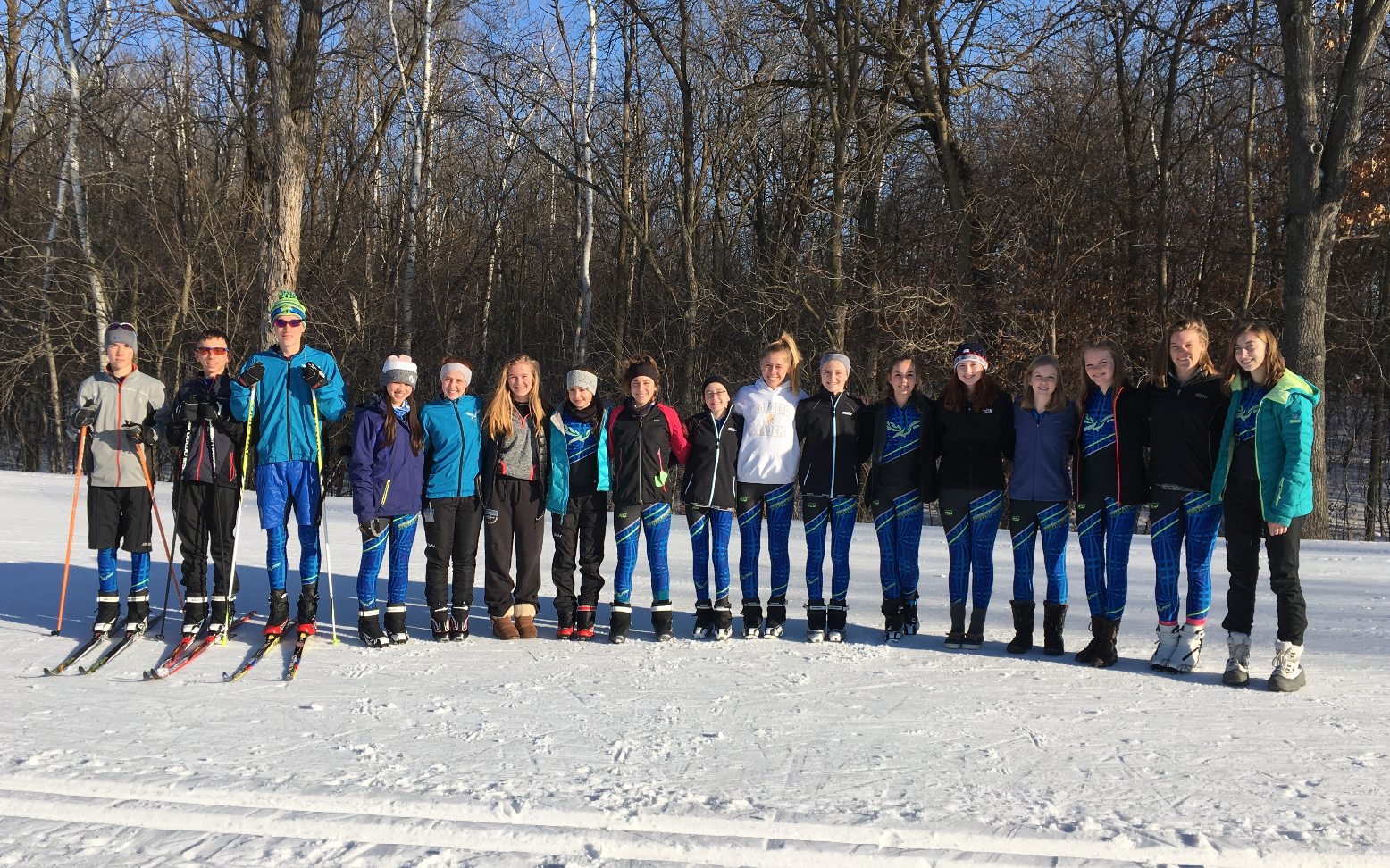 Providence Academy’s nordic team co-ops with Heritage Christian Academy. Most of the nordic team is from Heritage this year, and there are about 15-20 athletes on the team. The nordic team is co-ed, but there are few boys on the team this year. Six of the girls are from Providence Academy.
In nordic consists of two forms of skiing, they are classic skiing and skate skiing. Classic is skiing in a back and forth motion on your skis, and skate is skiing in a skating motion, similar to ice skating. Some differences of classic and skate skiing are classic poles are longer and racers usually have slower times for classic meets. In skate, the poles are a little shorter than classic poles and skate times are usually faster.
For nordic practice, all the athletes carpool to Heritage Christian Academy, or areas to ski. For example, the team most often skis at Elm Creek and occasionally at Hyland. The team practices every day during the week, and usually once over the weekend. For meets, the team has a varsity and junior varsity team. Varsity races a 5K, which is 3.1 miles, and for junior varsity races, athletes can race either a 3K or a 5K.
I am on the nordic team, and it is my first year. I really enjoy being on the team because everyone on the team is really fun to be around and the coaches are great. Nordic is also a very great way to train for the upcoming track season, and many of the nordic athletes are also on the track team. This is Maddie Kelly’s (‘20) second year of being on the nordic team and her favorite part is “skiing, but I also really like the team and I think they’re very inclusive!” It is Emma Kelly’s (‘22) first year on the team and her favorite part of nordic is “the team because they’re so nice!”
Overall, nordic is a great sport and if you are thinking about joining next year, join!

2 Replies to “The Nordic Team”