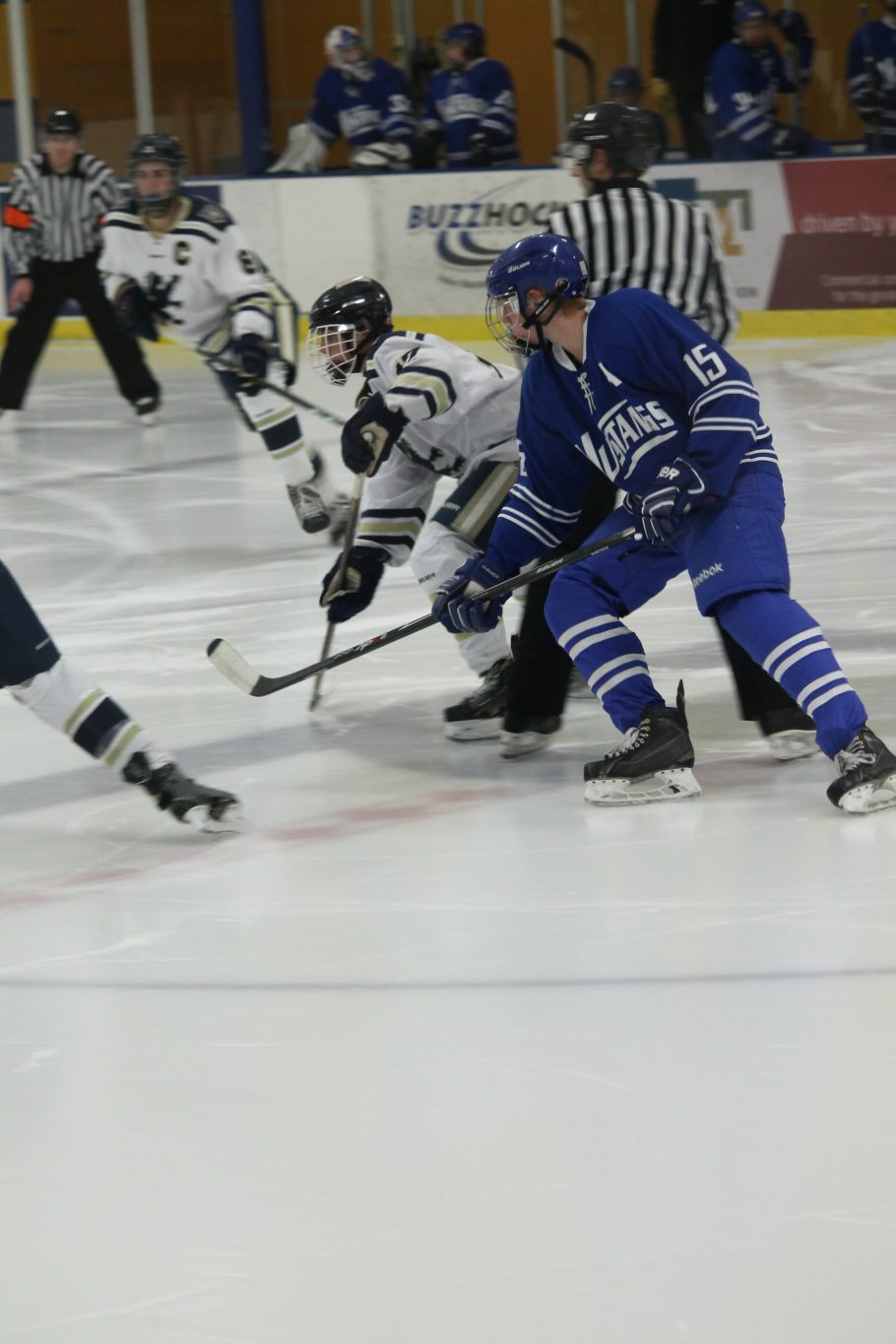 Both January of 2017 and the boys’ hockey season’s halfway point is very near.  All the excitement and hard work that has come so far is mounting up to this very crucial second half of the season when section play begins. Providence plays in the IMAC conference along with Blake, Breck, Minnehaha, Saint Paul Academy, and Mounds Park Academy.  Bradley Koskie, Providence’s goaltender, calls it “a rather difficult section, but I feel we could do well against them.”
The Lions recently picked up a huge win against the very talented Blake team, a team the Lions have not beaten in four years.

“This game gives us a lot of confidence and momentum heading into conference play, It was a huge win for our team especially since it was against such a solid Blake team,” says sophomore and goalie Sam Ferreira.

This season the Providence varsity team has a 6-9 record and has won three straight games for the first time in three years.  Last year the Lions finished with a 4-19 record, so the Lions this year are showing some promise out of the gate even though the team lost six seniors this season.
“We have been very successful in our playing ability and our record is starting to show it now,” states sophomore Evan Spadafora.
Providence indeed has shown plenty of bright spots.  Bradley Koskie has brought his save percentage up from .839 last year to .903 this season.  Also sophomore Zachary Giesler is picking up right where he left off after the strong Freshman season to lead the Lions in assists and points this year.
So while there is a lot of time left in the season, the Lions have put themselves in a great spot to exceed expectations and have a strong conference run to finish the year.