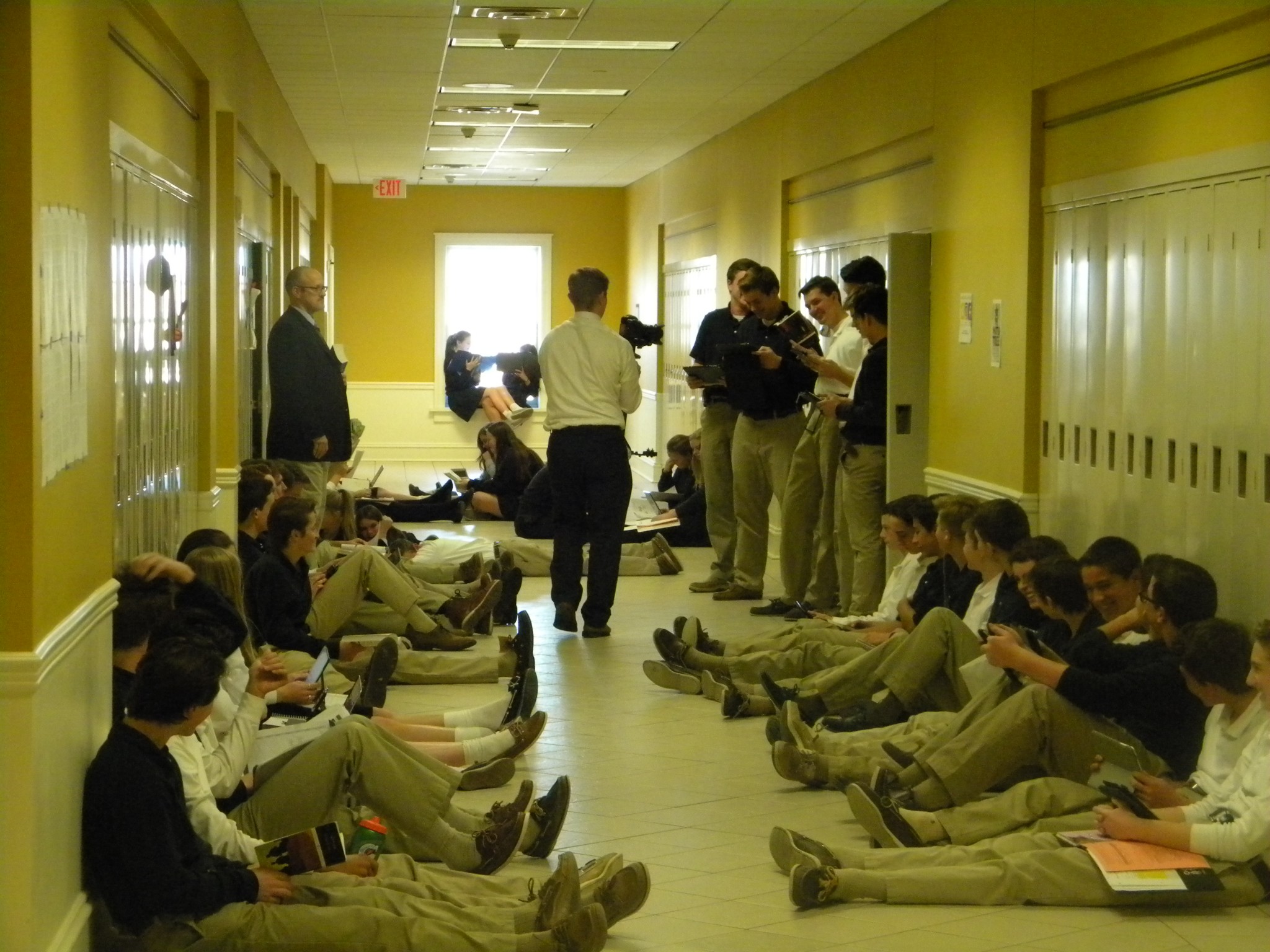 The Mannequin Challenge is an activity where one person films a group of people posing and trying to stand perfectly still. Although at first it may seem a rather random thing to do, it can turn out to be quite entertaining.
Some students in Florida started this movement in the fall of 2016. After it began, it went absolutely viral around the nation, from sports teams and celebrities doing it, to even Hillary Clinton participating in one.

According to Mr. Harman, “Mr. Blonski started it in the Middle School,” who in turn challenged the Upper and Lower Schools.
The Middle School performed their challenge in the multi-purpose room. Mr. Blonski was filming them as they did what they could to stay in position; after all, the students enjoyed this activity more than waiting around after school in the Cloister. Later, the Upper School did their part in the challenge, with every class participating. Their video showed the stress, calmness, and chaos of upcoming exams. The 5th grade performed their challenge outside on the playground. The Middle School Faculty members also created their own mannequin challenge video.
Ultimately, the winner of the challenge was the 5th grade, as it was  a serious challenge keeping a group of Lower Schoolers still for that amount of time.