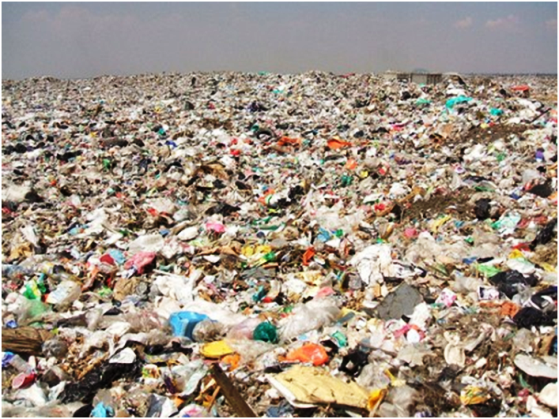 There’s no doubt that Thanksgiving, Christmas, and New Year’s are very important holidays. However, the “most wonderful time of the year” has many unintended side-effects. The season of giving can often end up giving wasted wrapping paper, Christmas trees, and hundreds of thrown out Christmas cards to landfills.
According to Earth911, people produce 4 million pounds of waste in wrapping paper alone. Even though some people recycle their paper, this doesn’t always work out. Glitter, plastic, and glue make much of the discarded wrapping paper un-recyclable.
This isn’t the only problem however, food waste triples during Thanksgiving (WorldWatch). 30 million trees are cut down and sold each year in the USA alone. These are often tossed into landfills as well, and though they are easier to recycle as wood chips or paper, millions are wasted each year.
Even smaller, seemingly insignificant things go to waste. According to a study at Stanford University, if each family re-used only two feet of ribbon, the amount of saved ribbon would be long enough to tie a bow around the entire earth. The same study revealed that the 2,650 million Christmas cards sold each year could fill up a 10-story football field.
With so much waste, it’s important to question whether or not it’s justified. Wrapping paper is used to cover gifts to friends and family. Christmas cards are used to stay in touch with distant family and friends. Holiday food often is what brings families together.
Eveline Kenney ’17 stated, “I think there must be a way to be more mindful about our waste without limiting our Christmas spirit. People could reuse gift bags, or simply not use wrapping paper at all. I think the main thing is that we aren’t aware enough of the effects.”

Many people have found ways to resourcefully navigate the holiday season while causing little environmental harm. After using wrapping paper, some people shred it into confetti-like pieces, which can then be used as stuffing in bags or boxes. Electronic Christmas cards can be sent with virtually no cost to the environment. Even our Christmas lights can be changed out for LED’s, which are not only more energy-efficient, but less costly to operate.
Overall, there are many ways to have a less wasteful Christmas, while keeping the same traditions and experiences.
Gabrielle Tessier ’17 stated, “It’s important for people to keep in mind the consequences of their actions. There are lots of better ways to handle our waste and still have a good holiday.”

3 Replies to “Just How Green Is Your Christmas?”