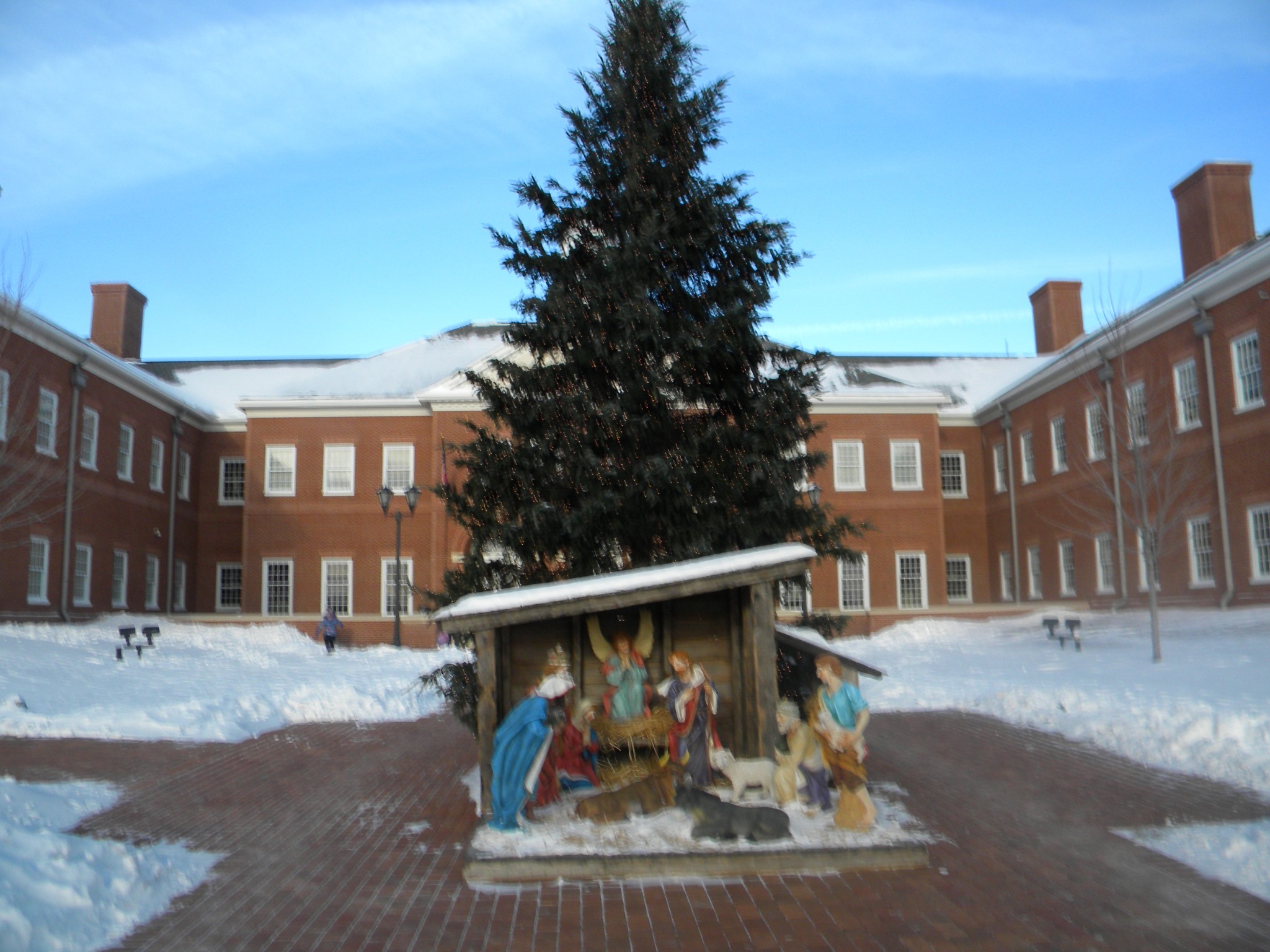 Christmas trees are a symbol of Christ during the Christmas season. A Christmas tree by definition is a decorated tree, usually an evergreen conifer such as spruce, pine, or fir or an artificial tree of similar appearance, associated with the celebration of Christmas.

There are two real trees at PA and two fake ones in the common areas. Plus there are many fake trees in classrooms.
But the most beloved trees tower over the students’ heads as they enter the building and sit to each lunch. PA gets these trees from the Hanauer Family Tree Farm in Wisconsin. Mr. John Wagner, the head custodian, says that this year’s indoor tree is the best one the school has ever had.
The real trees that PA purchases take a lot of work and effort to set up. Mr. Wagner and his crew are to be thanked for setting up these trees for our school. It took 11 people to set up the outdoor tree, and six people to set up the indoor tree. Mr. Wagner and his crew don’t just set up the Christmas trees, they decorate them as well.

The Christmas trees would not be the same without… the lights. Lights have been an important feature on Christmas trees since 1895, when Ralph Morris, who was an American telephonist, invented the world’s first electric Christmas lights.  Before Morris’ invention many people would light their trees with real burning candles causing many fires to occur. The lights Morris designed are similar to the ones we use today.
There are 8,400 lights on the inside tree and 12,000 on the outside tree. Mr. Wagner has tried to get PA to allow colored lights, but PA decided to stick with the classiness of the white lights.

2 Replies to “Christmas Trees Around School”