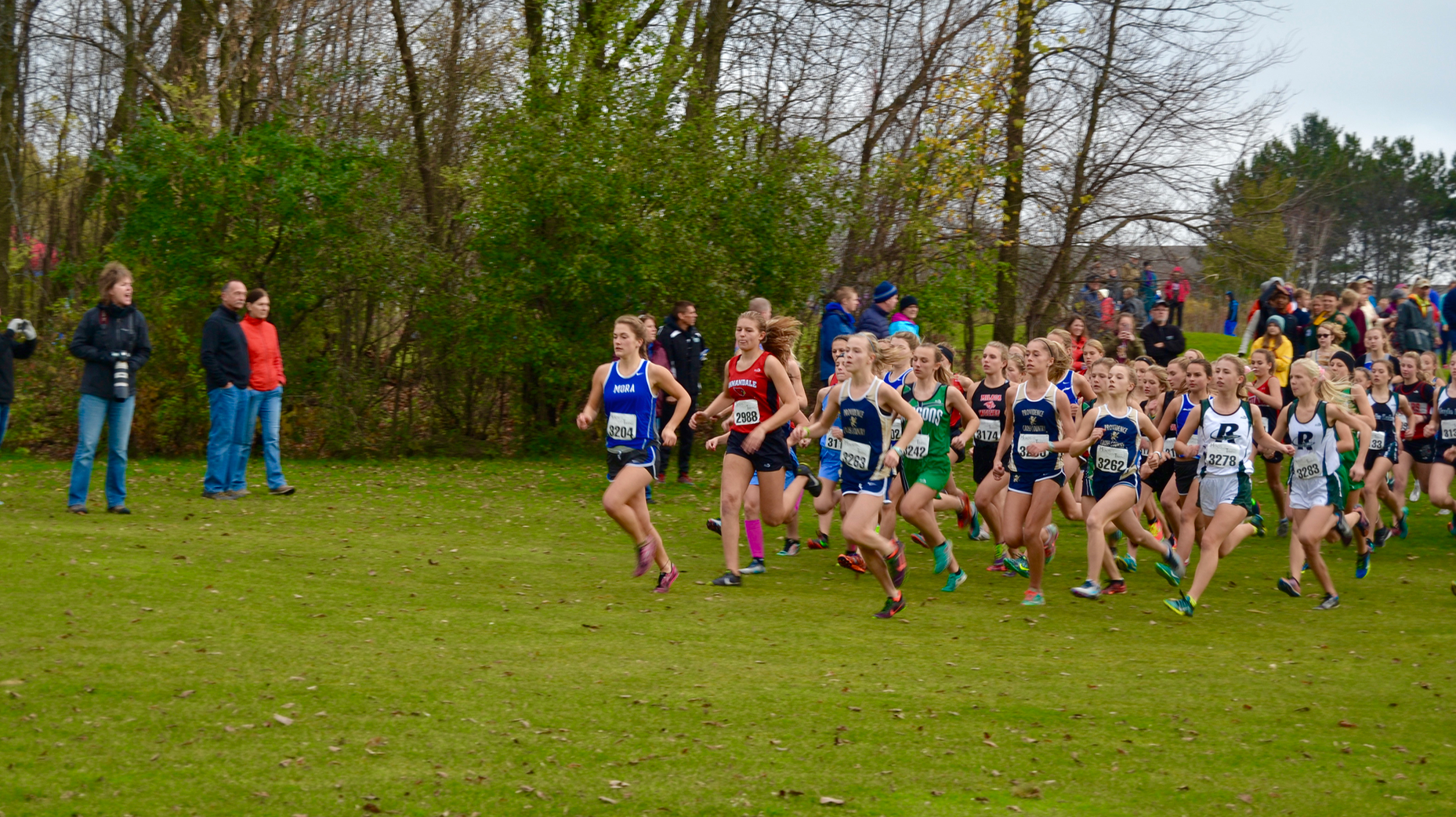 Cross Country is a sport that anyone can participate in. There is a middle school, junior varsity, and varsity team. There are 7 varsity runners for both boys and girls. This sport consists of lots of long distance running. Once the team has a summer of practice, the athletes compete in meets. Meets can be on golf courses, trails, and even roads.  These meets consist of runners racing against other schools for a certain distance. Middle schoolers mostly race 3K’s which are about 1.86 miles, but sometimes run 5K’s too. Junior varsity and varsity run mainly 5K’s which are 3.1 miles.
Many people have their own opinions about cross country. But here are some opinions from a captain, newcomer, coach, student and parent.

Marty Partoll ’17 was captain this past season. He thinks that being a captain was fun. “It’s really nice to lead other kids since I have been in the sport for four years. It’s really fun to help out the coaches. I feel like I’ve gotten to know the team better because I’ve led captain’s practices,” Marty said.
This past season Helena Peppin ‘20 joined the cross country team. She said on her first day of practice she  “felt so welcomed in. The people are all so nice, the activities are fun, and the sport is hard.”
Janna Homan, mother of Grace Homan ‘21 says, “This was our family’s first experience being a part of the cross country team.  I had always heard that cross country teams attract hard working, grounded, and caring individuals.  Looking back on the season and mostly through hearing the perspective of our runner Grace, this proved to be more than true!  The dedicated coaches and more seasoned athletes were great mentors and role models.  PA Cross Country is a very supportive and inclusive team and everyone is working to improve not only individually but as teammates as well.  Such an outstanding example of sportsmanship!  This is a team that promotes new friendships across classes and has a lot of fun in the midst of the tough physical demands!  Overall, a very impressive bunch!”

Coach Fogle has been coaching PA’s cross country team for eight years. She says, “Being a Cross Country coach is very rewarding.  Who else gets to spend their time with unique, self-motivated, respectful teens while getting his/her own exercise?!  Being a Cross Country coach means I get to further develop relationships with my athletes while helping them to develop their love for the sport of running.”

The team this year competed well! Both boys and girls placed high in all of the meets. The team even had one state qualifier this year, which was Maddie Kelly ’20. She recently ran in the state meet at St. Olaf and placed 4th.
The cross country team is a very close group of friends. The team becomes a family during all the practices and during all the long runs, and cheer each other on at the races. I, Riley Nechanicky ’19 have been in cross country since 7th grade, I just finished my 4th season of cross country and it is by far my favorite sport I have participated in. If you are thinking of joining the cross country team, you should join!

13 Replies to “Racing to The Finish Line”