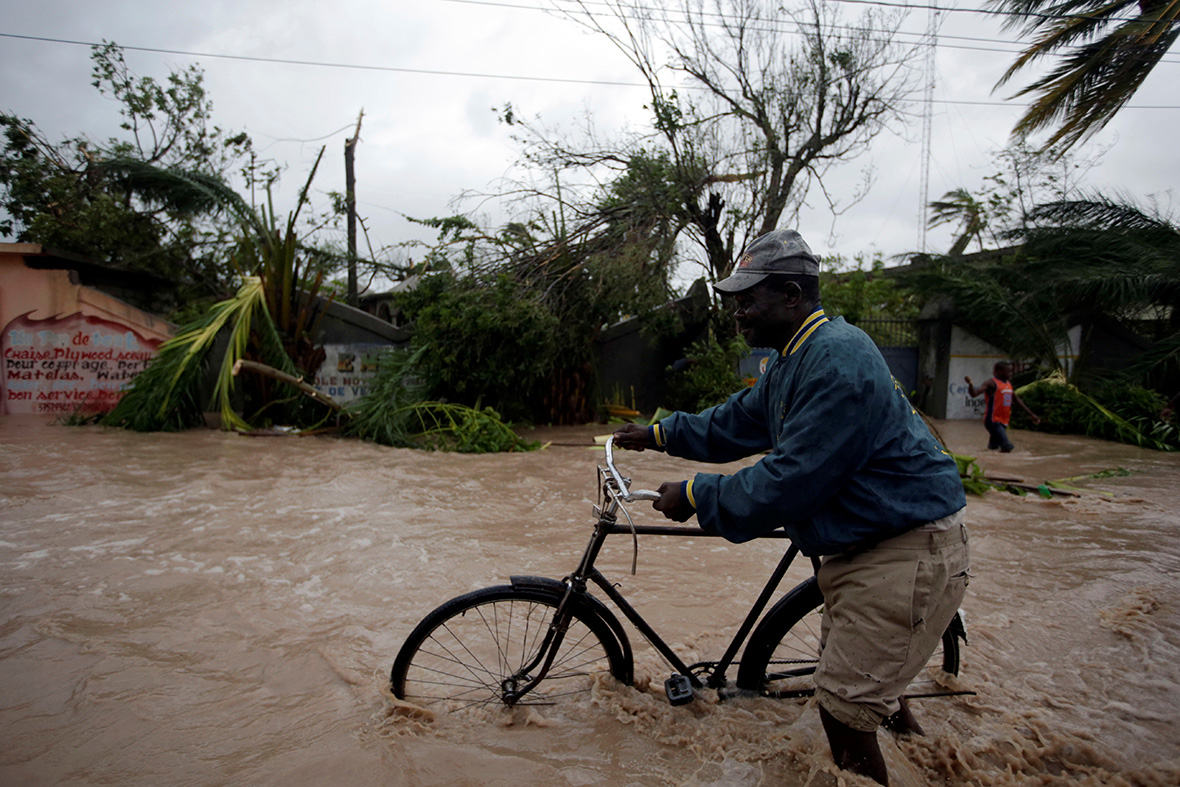 “Haiti had been hit so hard by Hurricane Matthew, the fiercest Caribbean storm in nearly a decade, that people considered themselves lucky to be alive,” says Carlos Rawlins.
On Tuesday October 7th, one of biggest storms in a decade hit the Caribbean. Some lost their homes, loved ones, personal possessions, and are now left with nothing.

Even though this storm was considered one of the worst to hit since 2010, it did not get enough recognition as it should have. Haiti is considered one of the poorest countries and, therefore, does not have as much protection from storms like hurricane Matthew. The US is supplied with protection. Its residents have secure, safe homes and insurance, so if there is damage to property, repairs can be made quickly.
Haiti does not have that opportunity. Some people live in straw homes they made because they have little to no money. And it is not just them that live there. Families crowd into a small space. The ground is dirty and muddy and they have no privacy. It’s horrible that they have to sleep on the ground, but

imagine what it is like now after the hurricane. Their homes are flooded with water and are now left with nowhere to sleep.
Americans don’t tend to think about this devastation because they are so sheltered from it. They could never experience it because they have the privilege of being blessed with things that Haitians do not. Americans don’t sympathize as much as they should because they never take the time to fully understand how badly people were affected.
Americans shouldn’t be sheltered from this devastation.  Just because Americans don’t experience it doesn’t mean others don’t. Haitians are nice, smart people and deserve better than just sympathy. Americans can become more aware by listening and fully understanding the devastation that actually occurred. Americans have to see more than just a hurricane and see more of the effect it left.
If you want to donate to raise money for Haiti you can go to https://www.globalgiving.org/projects/hurricane-matthew-relief-fund/ to help.