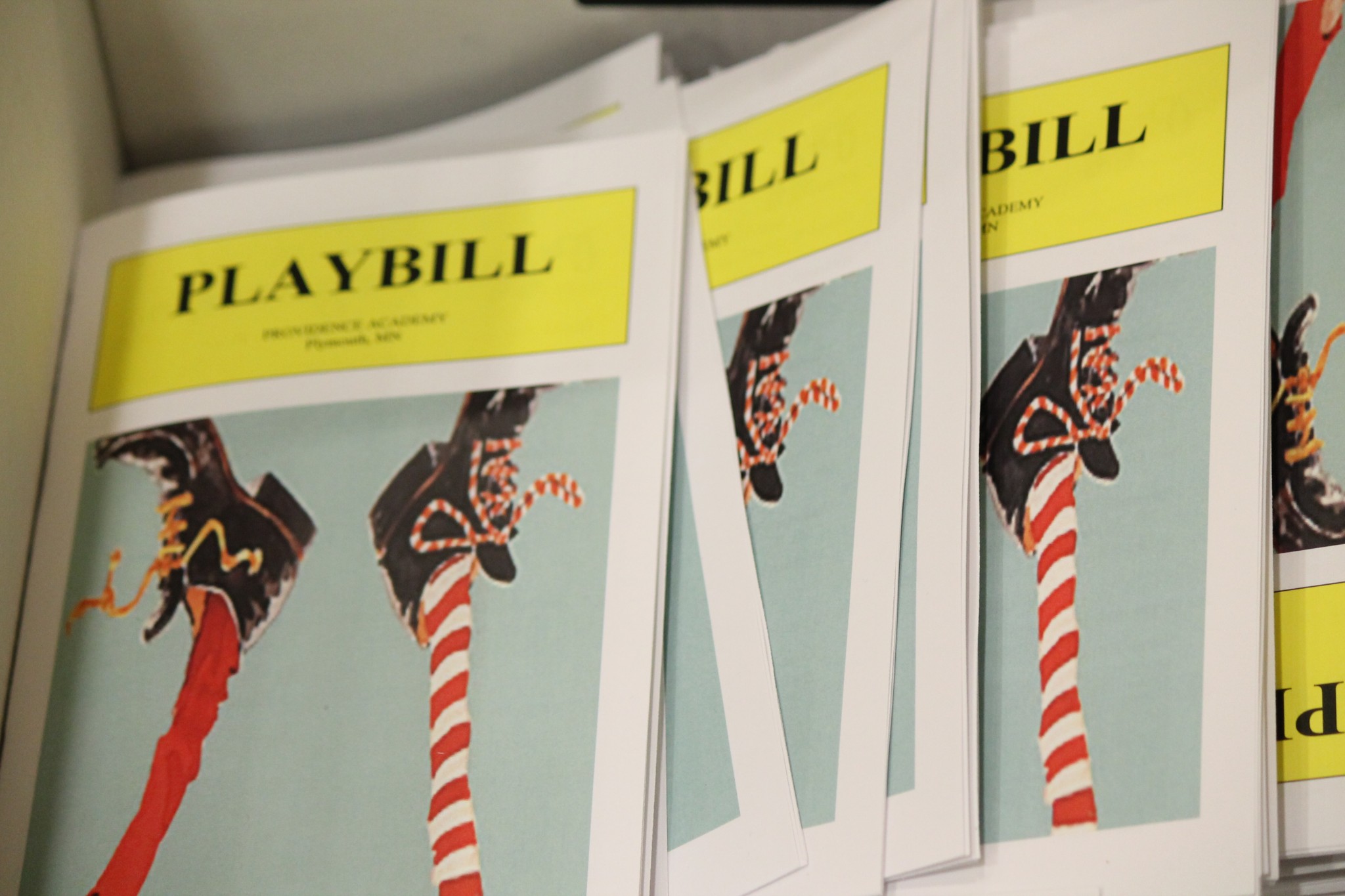 At Providence, anyone who wants to be in the play can join. You can be an actor or a crew member, who works behind the scenes. Anyone interested in being an actor or actress has to audition in front of Mrs. Simmons, the Theater Director. Anyone who is interested in crew has to fill out an audition form like all of the actors, but there is no actual audition. The form for the crew members tells the interest of the student and his/her availability. Then the crew members are put into the right spot for them. There are many different roles on the crew, including costume designers, makeup artists, sound, lights, set, and scene change. One section of the crew also handles audience services. They make the programs, run the box office, work as ushers, and man concessions.

Two other positions on the crew are stage management, which makes sure everything runs smoothly, and booth, which controls the lights and sound during the production. “These positions are the most coveted and difficult, and whoever has done it before gets squatters rights,” says Mrs. Simmons.

Each play is normally performed in front of an audience three times over the weekend, but hours worth of work goes into actually pulling it all together. The amount of practice varies by character. The lead roles in the production have practice 3 to 4 times a week while the ensemble has practice 2 to 3 times a week. In the last two weeks leading up to the production, everyone attends practice. It is not just the actors who are going. The people onstage may have an extra practice, or their practice might be a few hours longer, but everyone on the crew attends practice too.

The crew meets once a week, but as the actual production gets closer, some groups stop coming and some groups come more.  The ones that come more are those involved in the actual production, like props, scenery, lights, and sound. Mr. Bissonette, the Theater Technical Director, said that building the set for the fall play has taken six hours a day for five weeks. In the week leading up to the production, they have spent at least 52 hours finishing the set. The set was made by students, namely, Ryan Heine ’17 and Anthony Heyda ’18.

It takes a lot of work to be in the play, but you can make lasting memories and great friendships. “The play was very fun to be in and I grew closer to my friends,” Peter Kopp ’19 said.

By the time of the production, everything comes together to produce a fun and entertaining event for people of all ages.  “The play was very fun to watch and I thought that the set looked very professional,” Helena Peppin ’18 said.

While it may be time-consuming, the production of a play is an extraordinary thing to be a part of.