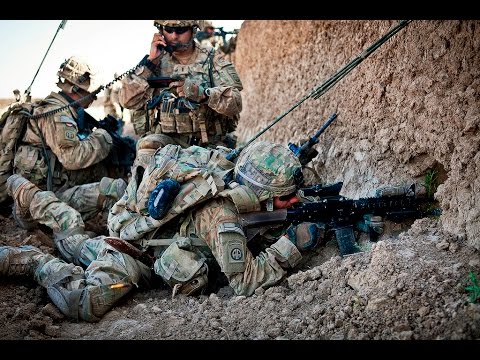 Veterans Day is arguably one of the most important national holidays in the United States. It is a day to honor all who have ever been in the military and in doing so offered to lay down their lives for the people they serve.

Mitchell Rothberg, a former team leader in the US Army’s 505th Parachute Infantry Regiment, 82nd Airborne Division, stated that “the military ensures that its citizens are safe from foreign invasion” and “it protects the rights of American citizens”.

There is no doubt that the military plays one of, if not the most important role in all of America. Without the military, there wouldn’t even be a country called the United States of America. The men and women in the Armed Forces are some of the most heroic people that this nation has to offer. They make huge sacrifices and go through a lot of pain just so that they can serve others through combat. These warriors leave their families, abandon the comforts of life, and fight wars so that the people back home can go about their daily life without fear of oppression.

This is why Veterans Day is such a big deal. It gives honor to those who, in all honesty, are not often respected nearly as much as they should be. One reason military personnel need a day of remembrance may be because Americans don’t actually realize how much of a difference they make, and this holiday gives them a time to be recognized for their contributions to freedom. For instance, in places like Saudi Arabia, Iran, China, and North Korea, people can’t always practice their religion or hold whatever political ideology that they want. In fact, people living in these countries are under constant threat of being persecuted or even killed for their religious or political beliefs. This is not the case in America, because there are men and women standing ready to protect the rights and liberties of the citizens of this country.

Mr. Hester, a former mortar-man in the US Army Reserve’s 116th Infantry Brigade Combat Team and a soldier in Virginia’s National Guard, stated that since the US Military is a volunteer service, it “makes it even more important”.

Overall, Veterans Day is an extremely important holiday where everybody who has served in the US Armed Forces is honored for their immense sacrifices. It is a day of recognition for those who choose to risk their lives for the people they serve so that Americans can continue to be free from oppression. These people deserve the honor and respect of every citizen of this country regardless of their background because the military is the reason the people have freedom at all.