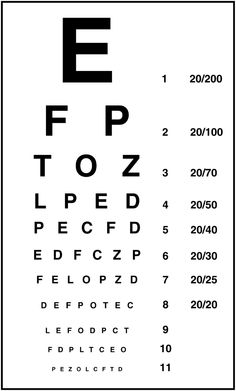 The Class of 2020 finished 8th grade with a sigh of relief. They had just begun to sit back and enjoy their summer when suddenly, the Summer Reading list email appeared in their inboxes. Those with older siblings knew well which books they would be reading in British Literature including: Pride and Prejudice, Macbeth, and Frankenstein. However, they were shocked to discover that this was not the case.
This new list of books was caused by a recent administration change. Classical Literature, previously the 11th grade class, replaced British Literature, previously the 9th grade class.
Needless to say, a few Freshman feathers were ruffled. Instead of reading Tolkien’s The Hobbit, they would now be reading Plato’s Selected Myths.
Class of 2020 member Sara Festin said, “I was actually quite surprised when I found that the lit classes had changed. I definitely wasn’t expecting to read a text as complicated as The Iliad in Freshman year!”
Even though they may not have originally understood the point of the change in the classes, many of them see the positive side after a few months of school. They have developed their reading skills quickly and at a very high level, which will enable them to be more successful in their later classes.
But why did they change up the classes in the first place?
Academic Dean Mr. Tiffany said that there were many reasons for the switch. One of the main factors was that the new order would be able to”better align the history and literature curricula so that they can complement and build upon each other”. This would, “create a curricular framework [which] intentionally provides opportunities for multi- or cross-disciplinary connections between literature, history, and religion.”
Another reason was to provide a chronological order for the books (Classical, British, American, and then the Senior Seminar). This provided a nice flow to the classes.
Literature classes weren’t the only ones that were changed, however. The order of math classes has been changed as well. Instead of taking Algebra I, Algebra II, and then Geometry & Trigonometry, students are now taking Algebra I, then Geometry & Trigonometry, and finish with Algebra II. The reason for this change is not so similar to the reasons for the Literature switch.
Mr. Tiffany explained the difference, saying, “Concepts and skills assessed in standardized tests, such as the ACT and SAT, correlate closely to those in Algebra II. So, moving that course closer to the standardized tests makes sense: the closer proximity, additional content mastery, and increased maturity will provide students with a stronger competitive advantage.”
These switches, though they may have puzzled the Upper School initially, were made with the students in mind. Mr. Tiffany summed it all up when he said that even though both switches had specific logical reasons, their highest goal was “to better align course contents and concepts with students’ cognitive development and overall growth.”