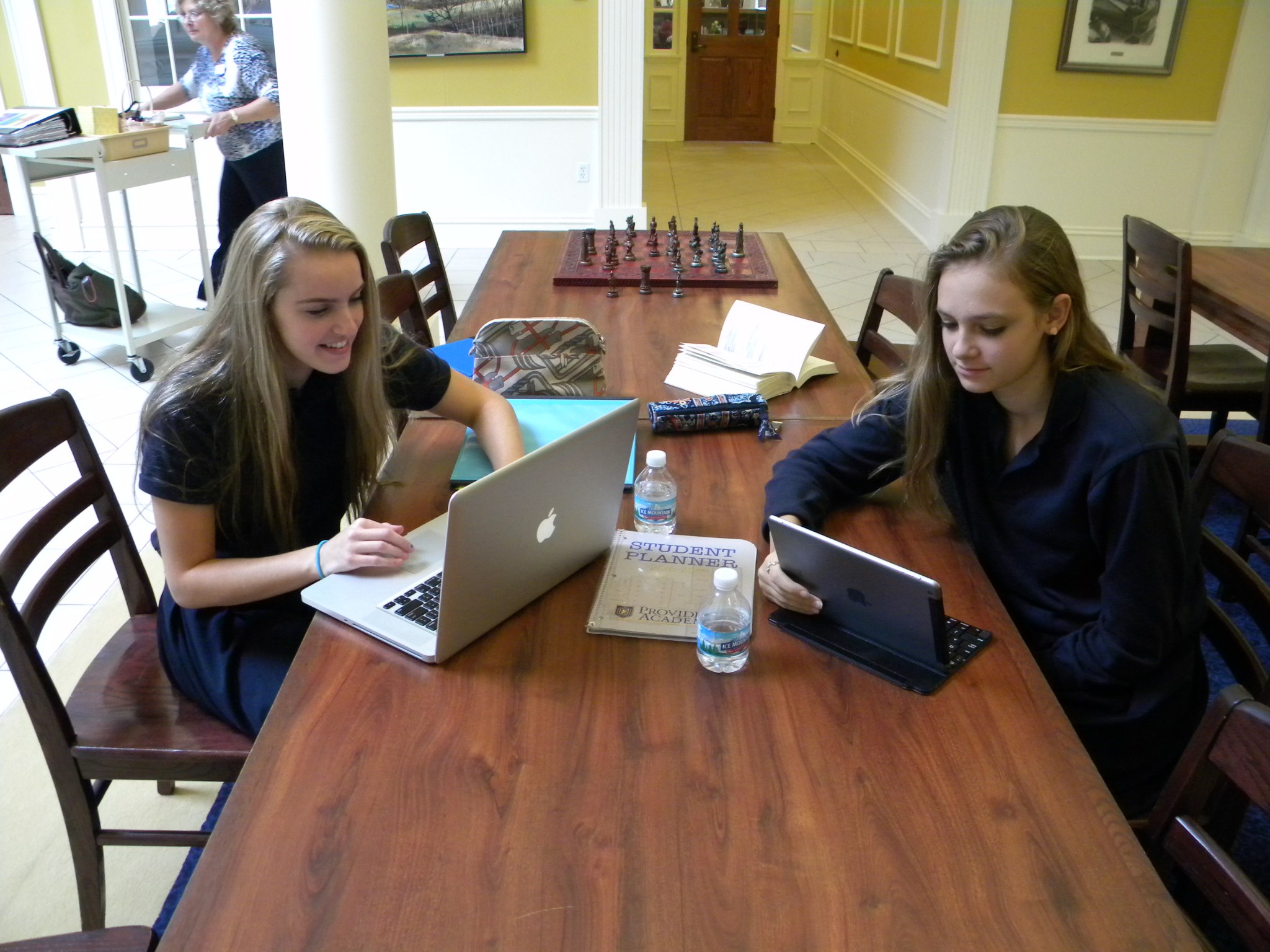 Technology. It’s everywhere. It’s in our news, our hobbies, our communication, our cooking, our jobs, our shopping, and our homework.Where is it in our student life? With today’s generation becoming so dependent on technology, it is no surprise that technology is useful in school.
“I didn’t need a device in ni

nth and tenth grade but needed one in eleventh grade,” says Senior Class President Evie Kenney.
At Providence, students are allowed to have a device in school and in many classes. For every student who has bought a device has come the unavoidable question, “Should I get an iPad or a laptop?” With pros and cons for both iPads and laptops, a tally of which has more will be kept.
In the pricing of the devices, according to Best Buy, an iPad, depending on size and amount of storage, has an average price of around $574. Meanwhile, a laptop’s average price is around $750. So, in the pricing category, a point is awarded to the iPad.
Another category of importance is the efficiency of the device. Which is faster and easier to use? Which can do more? With most iPads being smaller than laptops, there is no question that an iPad is easier to transport, and so easier to quickly facilitate in the middle of a class. As to which can do more, the laptop is looking like a safe bet. Because laptops can open some documents and files that an iPad can’t, the laptop wins a point in that category.
“I was just in a class (earth and space science) and we were working on a simulation, and it didn’t work on iPads, so we had to go do it on the computers,” Evie (senior) says in reference of iPads.  iPads have two points, and laptops have one point.
Although iPads and laptops both seem like great options, could there be something better? Upon researching for this article, an alternative was found which just might be the best option. It is a 2 in 1 Chromebook. With a touchscreen and a rotatable body that can rotate a full 360 degrees, a 2 in 1 Chromebook seems like the best of both worlds.
Tallying the score, laptops end up with one point, 2 in 1s end up with one point, and iPads end up with two points.  Although iPads have the most points and won the competition, whichever device works best  is completely up to you.

2 Replies to “The Controversial Debate: iPads vs. Laptops”