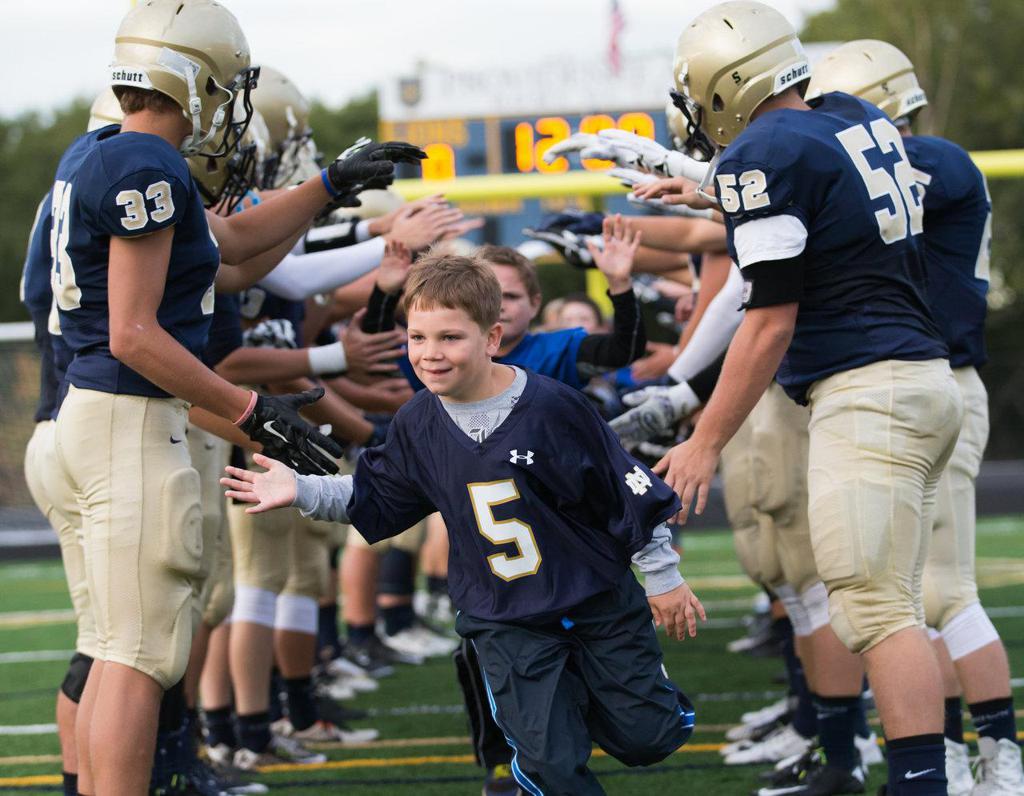 [Check out the aerial view of the field, courtesy of Dylan Salgado, by clicking here]

Homecoming Football Game 2016.  The game that this entire week’s celebration and festivities have been leading up to.  The game where Providence Academy High Schoolers past, present, and future come together to watch the Providence Academy Lions battle against their conference foes the New Life Eagles.  The Lions and Eagles were very different teams.  The Eagles were pass dominant and heading into the game they had thrown for over 700 yards, compared to the Lions who have thrown for less than 70.  However, the Lions did h 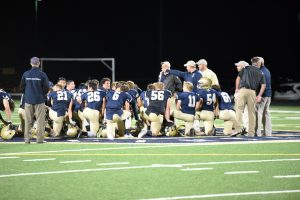 ave an extremely noticeable advantage in the running game.  The Lions’ Taylor Meissner had more rushing yards then the entire Eagles team, and  Lions’ quarterback Jackson Baird was only 30 yards behind the Eagles team.  A large key to that running game was the Lions’ offensive line, wide receiver/corner back. Zach Fritz said, “our biggest strength is probably our offensive line because of our ability to push some teams around.
This was more than just your average game, however, because the Lions lost on the road at the Eagles’ homecoming the prior year.  Also this game was going to have a major impact on sections due to New Life being in the Lions’ division.
So the stage was set, kickoff was at 7:00 pm, and the stadium was buzzing in anticipation. The field was still new, celebrating only its second homecoming since the new stadium was constructed.  The game itself, however, did not start as the Lions hoped it would, because the first drive down the Eagles marched their way down the field capped off by a 1 yard rush to the end zone to give the Eagles the early 7-0 lead over the Lions.  The rest of the 1st quarter and up through most of the 2nd quarter remained a 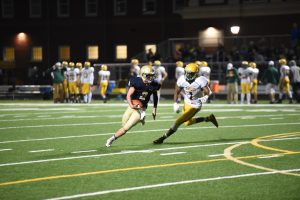 battle of the defenses as neither team was able to budge on offense, until later in the 2nd quarter, when quarterback Jackson Baird was able to make a 9 yard run to the end zone. However the Lions failed their two point conversion so it remained a 7-6 Eagles’ lead.
The 3rd quarter had much in common with the 1st as defense played a big part and neither team was able to pull off a big play.  Midway through the 4th the Lions really needed a score to get the lead and that was when Jackson Baird broke loose for a dominating 36 yard run to the end zone for the lead but failed another 2 point conversion giving the lions a 12-7 lead.  With 2:33 left on the clock the Eagles were going to have a chance to win the game, but tha hope was quickly ended when Jackson Baird made a clutch interception to seal the deal for the lions who won by the score of 12-7.
When the game finished, the crowd went on the field to congratulate the players on their victory.  It was a big win for the school.  Sophomore defensive end Mark Richelsen said, “whoever was more physical was gonna win.” He also said how the student section at the game played a major role in the team’s success. He commented, “it really helps our energy.”
With the team playing well, the crowd being loud and the stadium looking marvelous, it truly was one of the greatest nights in Providence Football history.

5 Replies to “The Big Game”