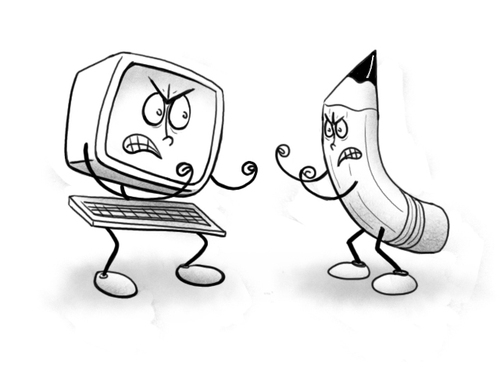 In the past few years, technology, specifically electronics, have rapidly developed on a scale like no other. Although technology can make things easier, is it really good that there is so much? The answer to this question for many people is yes, but if this rapid development of technology continues, a lot of things will become outdated, most prominently, paper.

Historically, paper has had a massive impact on society. It was used for many years by many cultures, and it has progressed over the years. While it would be hard to believe that something so critical could possibly become outdated, that is happening today. With new developments in electronic devices such as smartphones, tablets, and computers, more people are turning to these forms of communication and are relying less and less on paper. This is not just affecting notebook paper for taking notes, but also books, magazines, and newspapers. So naturally, companies that rely on a lot of paper are not doing so well.

Dr. Hippler, a moral theology teacher at PA, said that there is ” no major newspaper out there that isn’t plummeting”.

Obviously this is having a major effect on people’s lives. This being said, paper is still an extremely reliable tool for communication. First of all, it does not run out of battery. It won’t shatter when one drops it, it can’t be hacked, and it’s really cheap. Plus, many people simply prefer using paper.  Also, although paper manufacturing has the usual air pollution, water pollution, etc, E-waste has so many materials that are very harmful to human health.

There is also an argument to be made about whether having so much electronic devices is jeopardizing the morality of people. With the internet, it’s so much easier to find things that you would usually have to go to the library to find out. But this means it is also easier to find things that are bad. It is much harder to keep people from bad websites and inappropriate content now that it is everywhere. There is a lot of bad things on the internet that can even ruin people’s lives, and that’s not including the deep web.  A lot of these bad things are affecting teenagers, and although they are often the only ones using the computer, their parents actually bear some of the blame. According to the 2014 Internet Safety Survey (http://enough.org/stats_internet_safety), 9/10 teens say their parents explained internet safety to them, but 49% of parents do not even monitor them.

Father Treco, a Catholic priest at PA, stated that the internet, “brings close to hand an enor 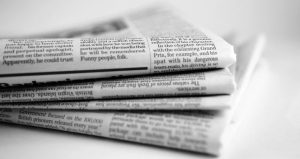 mous amount of information,” which, as can be seen, is taken advantage of many times.“

So, overall, technology has  both good and bad effects on society. True, information is becoming far more accessible and easy to reach, but on the other hand, it is jeopardizing human morality, and, as Fr. Treco also brought to light, it just distracts people all the time. So in the end, this “improvement” to communication really depends on the person using it. For some, it can be a blessing, but for others, a curse.

Please go to paword.org and comment on whether you prefer having a printed copy of the PAW or if you like the online version. (Submit a comment option is at the bottom of the PAW website)