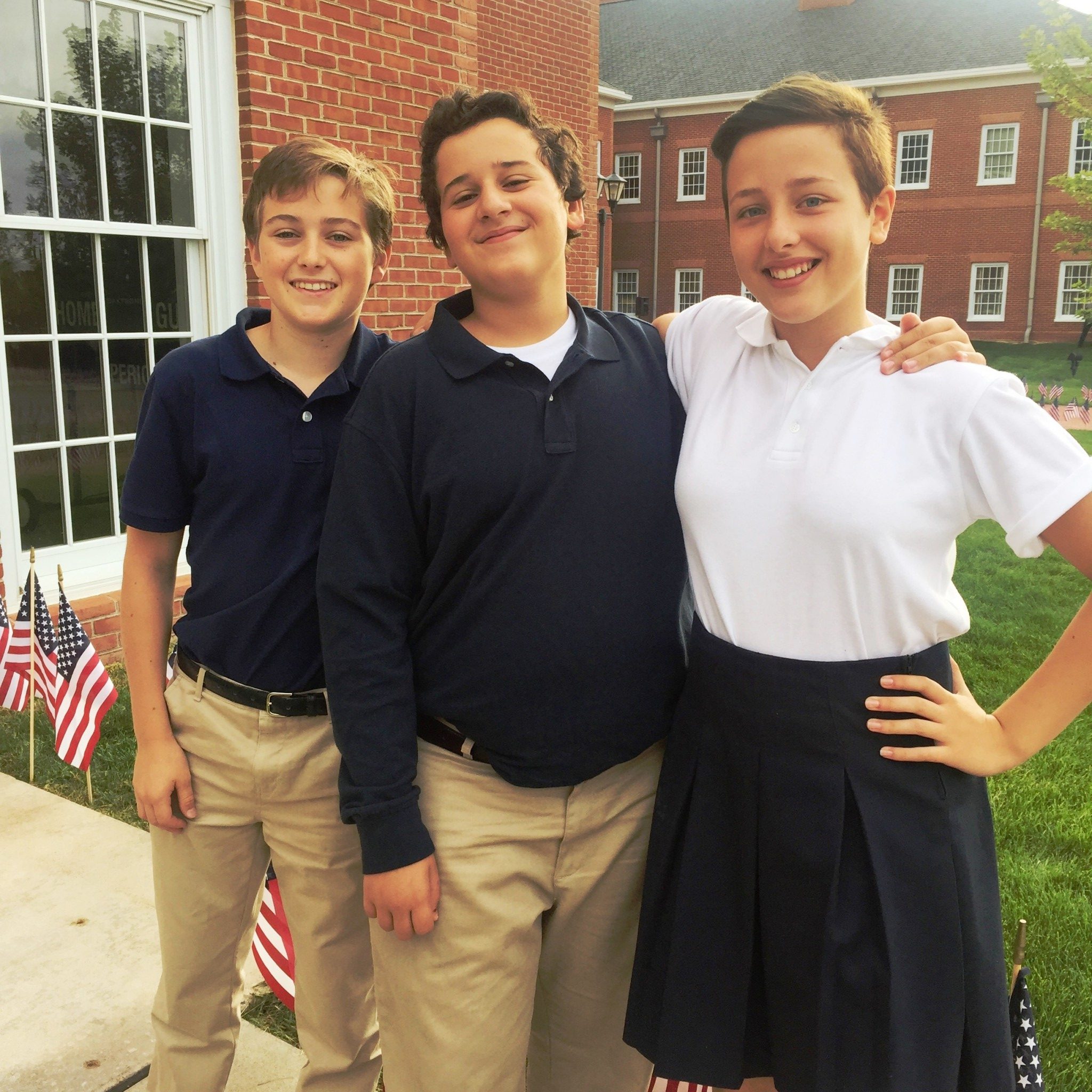 As the last days of August began to wane down into September, a new school year brings in the new faces to Providence Academy.
Many of the new students may be quite familiar due to having siblings who have previously attended Providence.  New freshman from Holy Family John Wooden, brother of recently graduated Ben Wooden, said the hardest thing about joining this entirely new school would be “Keeping on top of all the homework from the different classes.”
Joining the sophomore class this year are three exchange students from Spain:  Juan, Javier and Patricia.  They have traveled over 4,300 miles to get from Spain to the USA.  They say that they miss “the food in the city and family” the most.  But they also stated that the food at Providence is much better than the food at their old school.  There are plenty of differences between the two countries, but they said the most significant difference is that in America “everything is bigger and very far apart”.  “We got lost on the first day but adapted. Everybody’s been very supportive and helpful,” said Patricia.
Providence has also added to the cast of teachers.  The Upper School has added teachers to the English, Spanish and Math departments.  New Upper School Spanish teacher Ms. O’Brien, who recently taught in Arizona, says she is “excited to get to know all of [her] students and meet the new atmosphere.”  New English teacher Ms. Uppgaard commented on the school by saying “Every school has things that make it uniquely lovable, and a couple things I love already about PA are the great faculty and staff, the sunny hallways, and my picture-perfect view of the track from my classroom window. I also want to give a shout-out to my house, Eta, who happens to be very good at balloon volleyball and paper airplane contests.”
Whether it is due to people retiring, transferring, graduating or whatever the case may be Providence always finds itself without some familiar faces.  However, with this year’s great new students and faculty, Providence will hopefully prove to have one of the best years here so far.

One Reply to “New Faces to PA”