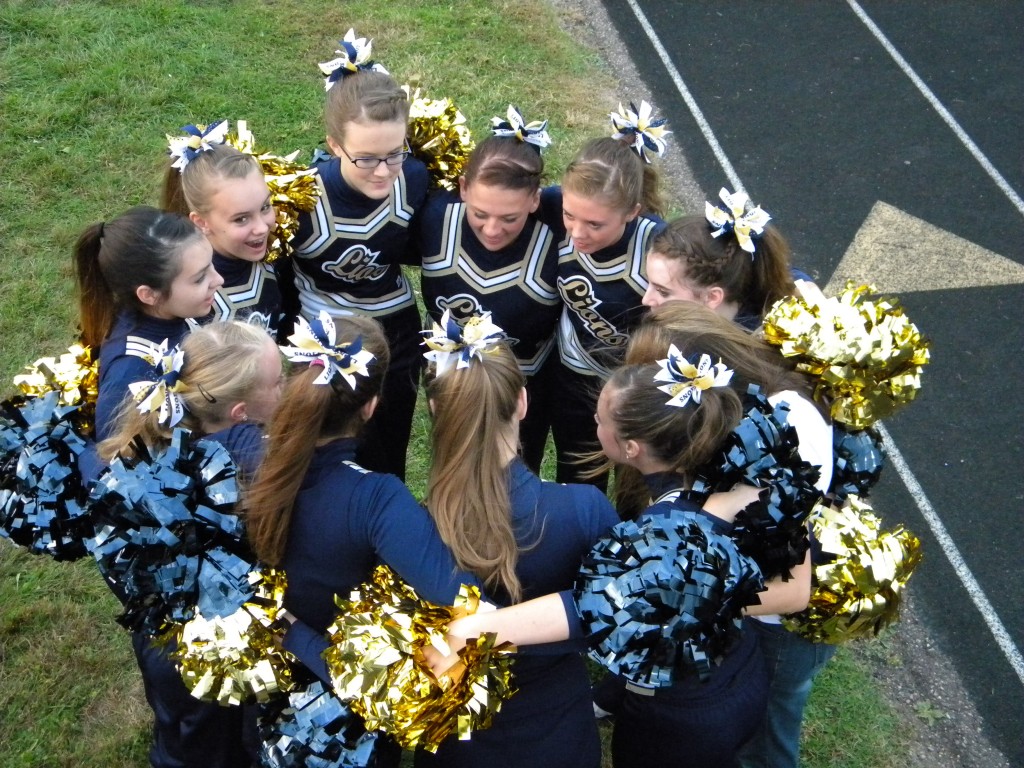 Homecoming week kicks off early for the middleschoolers. They started the Homecoming festivities on Saturday, 10/26, with a middle school fall party from 7-9 pm. On Monday, 10/26, the middleschoolers had the opportunity to wear homecoming t-shirts from any year, instead of the normal uniform shirts.  On Monday they also had a presentation during lunch on PBIP which are PAWSitive behavior tickets that they drew for prizes. Tuesday, 10/27 consisted of a presentation to raise awareness of Hope for Uganda and grade-level colors. The middle schoolers had the choice of wearing the color that represented their grade, or again a Homecoming t-shirt. On Wednesday 10/28, they had to be in full uniform, because Wednesday is the middle school mass day. They also got to participate in an ice cream fundraiser for Hope for Uganda. All the money that was raised from the selling of ice cream went back to Uganda. Thursday, 10/29 was a modified uniform day, where students can wear a Homecoming t-shirt and shoes of their choice. During lunch, there was also “stretch” in gym A where students can play games and hangout with friends after they have finished their lunch. Lastly, Friday, 10/30 was a modified uniform day, where students can wear Providence Academy spirit wear (from neck to waist). During lunch a PAWSitive behavior ticket drawing for prizes was held. During white period there was an All-School Pep Fest. And of course, the favorite event of the week: the football game.
Anna Sanchez ’21 said her favorite event during Homecoming week was “going to the football game with my friends!”
For the lower scholars, they had the some same events as the middle scholars including the All-School Pep Fest, and the modified uniform days. All the students look forward to all the extra events in the upper school.

One Reply to “Homecoming from the View of Middle and Lowerschoolers”