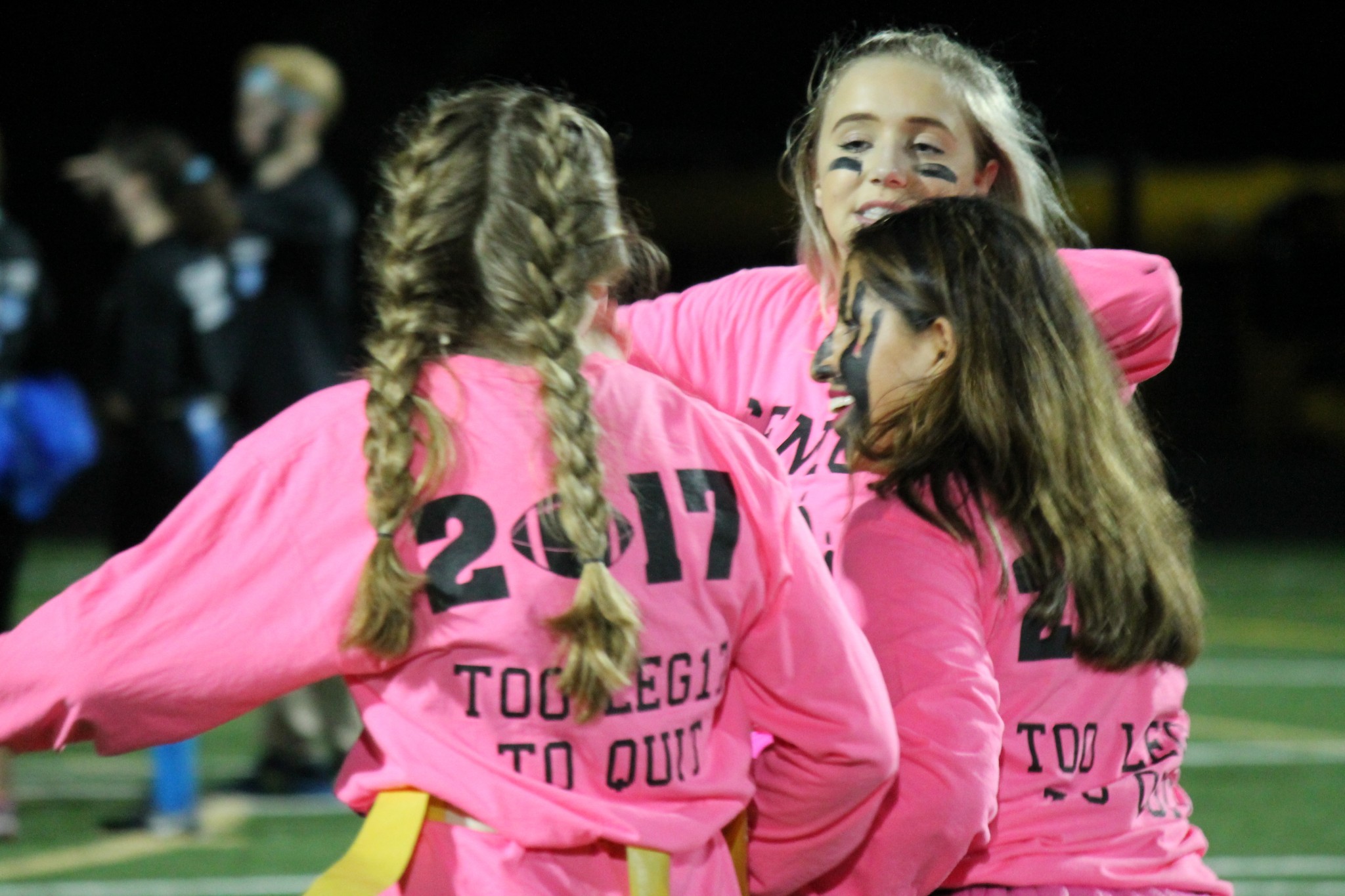 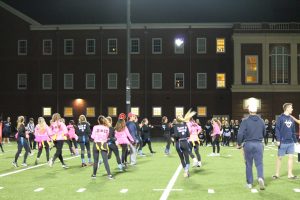 Each year during homecoming week, the junior and senior ladies prepare for one of the most intense sporting events of the year: the Powder Puff football game.
The players marched onto the field sporting T-shirts (pink for seniors, blue for juniors), tutus, face paint, and huge smiles. The teams had attended practices in the days leading up to the big night, but even with them, both juniors and seniors admitted they could have used a few more.
Senior Isabella Halek ’17 stated, “if we had a few more practices, we probably would have been more in sync on the field.”
Even if they felt a bit unprepared, both teams had a lot of fun once they stepped onto the field. Each side tried their hardest, but the seniors eventually won with a final score of 22-14. Seniors have a long winning record, with only a few losses to the junior class. Afterwards, both teams made their way over to the bonfire for s’mores.
“‘Jenna’s’ score was the best part of the game,” stated junior Grace Klassen.
Juniors and seniors alike share a favorite memory. Down by a few points, the senior girls thought up a plan. PA quarterback, football captain, and senior Powder Puff coach Jackson Baird pulled his hoodie down over his face, put on a flag and tutu, and joined the lineup. He bolted towards the in-zone and made a huge leaping dive to score a touchdown. Both sides laughed while talking about this score, and even though it was a great prank which both teams enjoyed, it didn’t count towards the final score.
Everyone enjoyed themselves at the game so much that some students talked about what it would be like if there were more Powder Puff games.
Klassen stated, “It would be really fun if we had a league or some way to include more people”.
While this idea sounds nice, many people are prohibited from playing in the Powder Puff games. Students in certain sports are forbidden from competing by their coaches for fear of injury. Injuries have happened in the past during Powder Puff games, so the rule is a good one.