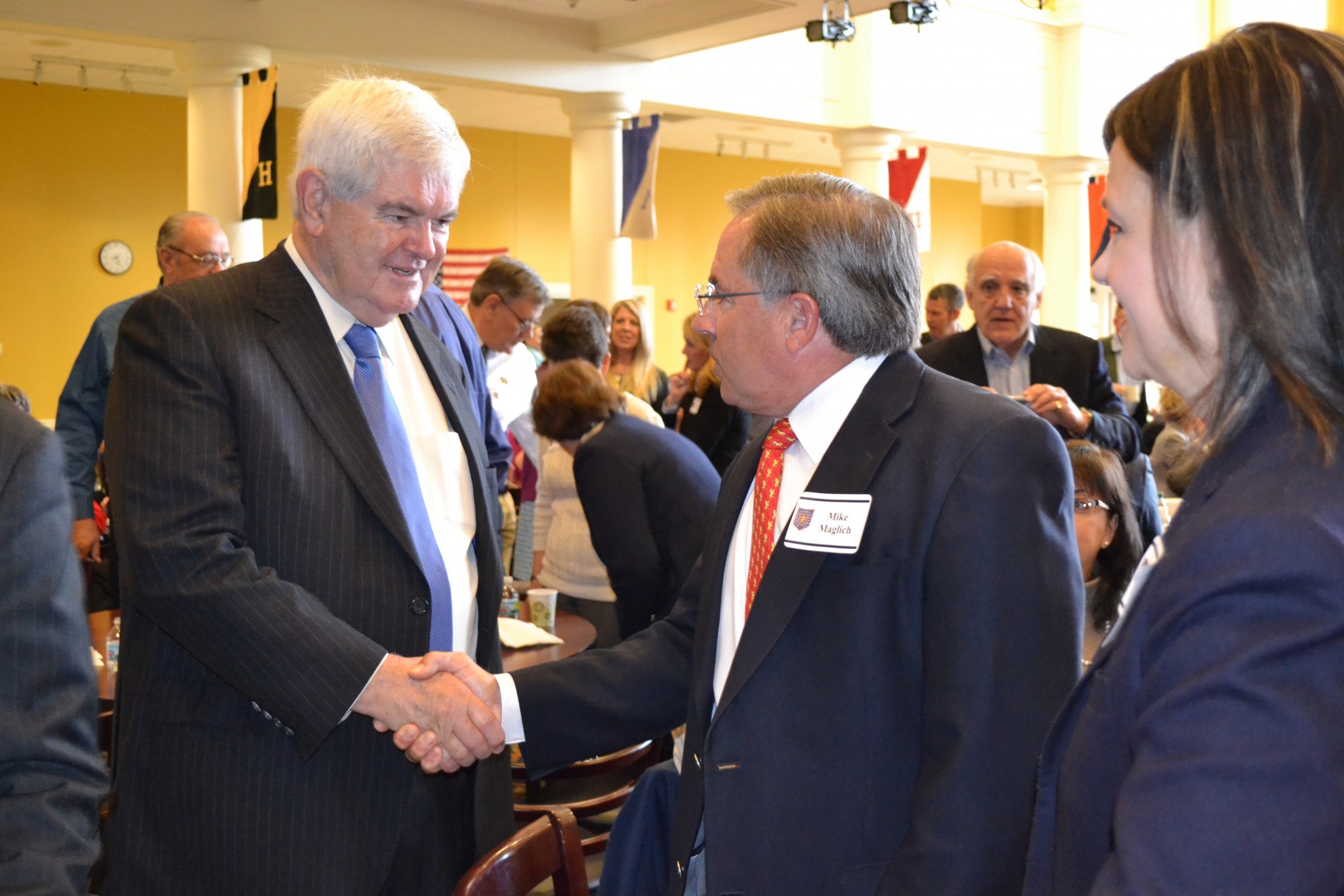 Politician and former speaker of the house, Newt Gingrich, visited and gave a speech at Providence Academy on April 29. His speech was attended by the Junior and Senior classes, as well as many visitor to PA.

Mr. Gingrich began his speech stating that he was delighted to be at PA, and said that he was going to talk to the students at first. Addressing the students, he outlined his five principles to have a successful life; dream big, work hard, learn every day, do what you enjoy, and to be true to yourself.

Dreaming big, a uniquely American quality Mr. Gingrich claimed, needs people to work hard in order to make it a reality and not just a fantasy. Hard work, he stated, seems to be taken by young people for granted nowadays. When asked about if free college would add-on to this moving away from hard work, he explained that it all depends on merit.

“You still have to work hard in order to get an A,” Mr. Gingrich explained. “Colleges are based on merit, and being given stuff for free doesn’t help.”

After he finished outlining his keys to success, Mr. Gingrich began to focus on culture and Christianity. By comparing newer national monuments to older ones, he showed how Christianity is being taken out of modern American culture.

“Christ ought to be an integral part of your life,” observed Mr. Gingrich. “Keeping Christian values in college is very important.”

Mr. Gingrich also spoke about his many books and documentaries. He spoke for the longest time about his movie 9 Days that Changed the World, a documentary of Pope John Paul II’s nine day trip to Poland that began the end of the Soviet Union.

After he was done with his speech, Mr. Gingrich answered questions from members of the audience. Some of these questions were about students going into college and some were about this upcoming election.

Mr. Gingrich stated that the 2016 presidential campaign could be the greatest we ever see. He remarked how there are new ways of campaigning happening during this election. Sen. Bernie Sanders has gotten a lot of small donations and Donald Trump has received millions of dollars of free press. The American people, according to Mr. Gingrich, want outsiders like Sen. Sanders and Mr.Trump and even remarked that Trump could, “probably beat Hillary [Clinton]”.

After his speech, he also offered some advice for students that will be voting for the first time this election and aren’t entirely sure who to vote for.

“Pay attention to what the candidates are saying,” Mr. Gingrich advised. “If the values of a candidate match up with your own values and you believe what they say, then that is the candidate you should support.”

In his speech, Mr. Gingrich covered how to succeed in life, today’s culture and how it has drifted away from its Christian roots, and on the impact Christianity has had on history. His speech was well received and well liked by the majority of the audience who are looking forward to any future speakers coming to PA.

Charles Kral is editor-in-chief of the PAW