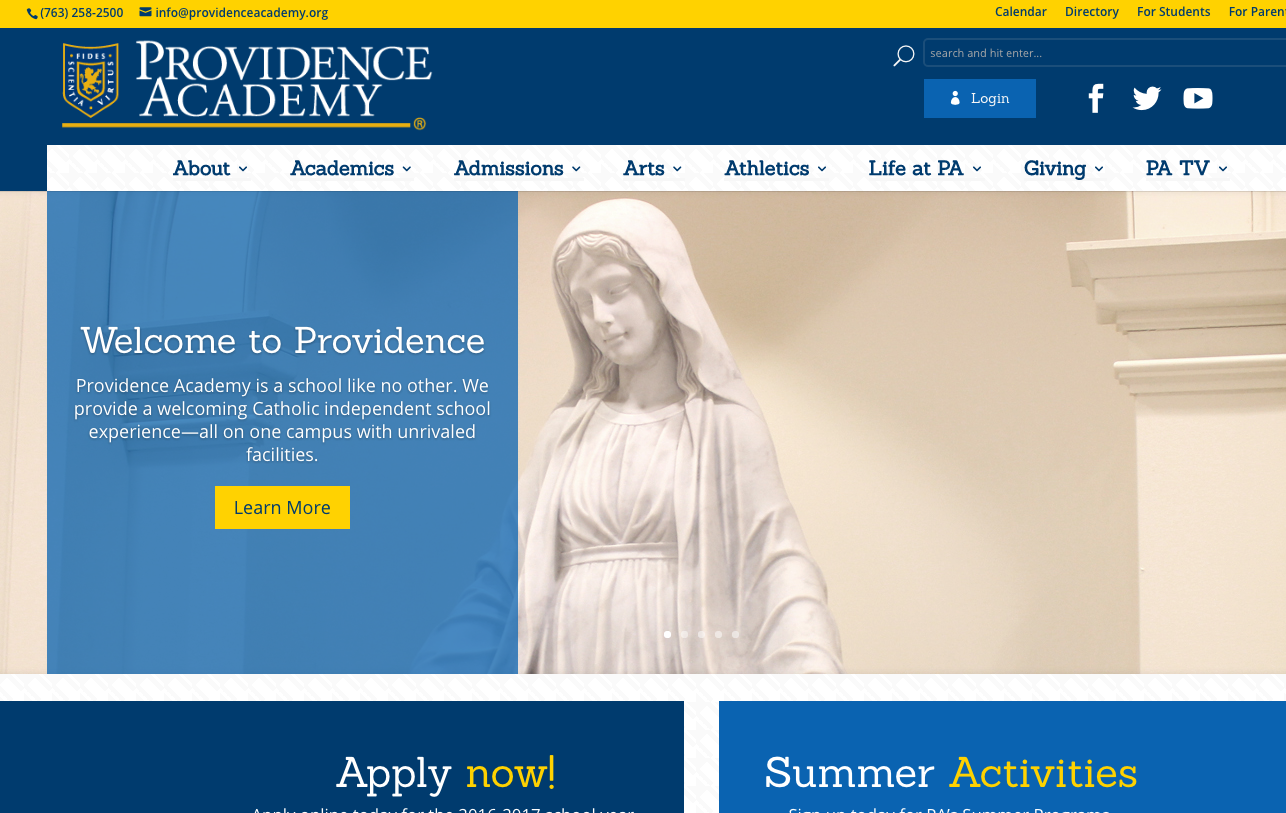 “Out with the old, in with the new” as the saying goes.

As a part of the redesign process, most all of the school’s administrators played a significant role in designing the website. Mr. Cole Mathisen worked as the project manager of the redesign.

Everything present in the old site also carried to the new site. New aspects of the website include a new calendar, video channels and improved search engine. One of the most notable new features proves to be the new menu, which makes login to various PA sites easier and more accessible.

Sophomore Isabella Benson ‘18 particularly enjoys this new “mega-menu” feature. She states, “It’s probably my favorite feature of the whole redesign. Everything is so much more straightforward.”

Navigation in general remains an important aspect of the new website.

As Mr. Mathisen explained, “one of the overall goals of the update was to make navigation easier and reduce the number of clicks.”

However, another primary reason for the redesign was the previous website was not mobile friendly. Due to the sheer number of the website users accessing it from a phone or tablet, the need for a change became apparent.

Though the redesign undoubtedly surprised many, as the previous website had been the same since 2011, most agree on it as an overall good decision.

PA teacher Mr. Edward Hester likes the clarity, as well as the message given by the website.

“I like how you can see everything right away; it’s all very accessible,” Mr. Hester said. “I also like the opening image of Mary. I think it gives a clear indication of our Catholic faith here at Providence.”