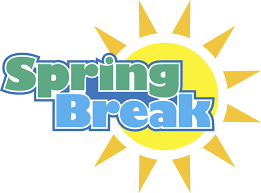 Spring break offers a time to relax and regroup before one final push going into the end of the school year.

Since its conception, Providence Academy has had at least two weeks off of school for spring break. This year, spring break seems to occur later, but it actually doesn’t.

“Spring break has always occurred during the last two weeks of March,” Dr. Todd Flanders, the headmaster of PA, explained.

At the beginning of PA, the Board of Directors had to decide when they wanted spring break to occur. They did this by looking at how other independent schools planned their spring breaks. Ever since figuring out the length of spring break and when it occurs, PA hasn’t deviated from their original plan.

“We looked at other independent schools and how they plan their spring break, and that’s how we decided when it [spring break] happens and why it’s two weeks long,” said Dr. Flanders. “Spring break has always been two weeks long, except for one year where we had almost three weeks off of school.”

The last week of spring break in 2010 fell right before Holy Week, the week before Easter Sunday. Due to the scheduling, students almost got an entire extra week off. This scheduling phenomena could happen again, as long as Easter Sunday falls a week after spring break ends.

Easter, despite being arguably the biggest holiday in the Catholic Church, has no affect on when the Administration and Dr. Flanders schedules spring break. In the past, Holy Week has occurred during the second week of spring break, and because Easter occurs earlier this year, it seems as though spring break was pushed back a week.

“I think that spring break, as a tradition, was started because of Easter,” Dr. Flanders explained. “However ours [spring break] isn’t hitched to Easter.”

During spring break, many families at PA will go on a week long or two week long vacation. Families planning their vacation was taken into account when the Administration schedules spring break.

“Winter [in Minnesota] can keep going on and on, so some families go on vacation to a more tropical place so that they don’t go crazy,” stated Dr. Flanders. “We [the Administration] schedule spring break at the end of March so that families can have more time to schedule their vacation and escape the bad weather.”

Spring break offers a nice peaceful time to relax and prepare for the rest of the school year. There are many different factors that affect how long spring break lasts, but when it happens has always stayed the same.

Charles Kral is the editor-in-chief of the PAW