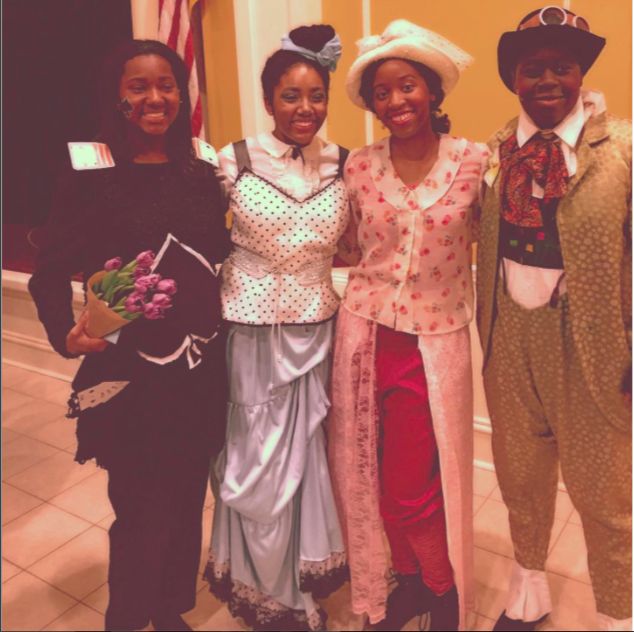 Every year, Providence Academy’s department performs a play in the fall.

This year, they decide to do Alice and Wonderland but adding a Victorian twist – steampunk.

Many students who partook in the play created many memories with the people in theatre, whether that be with the tech crew, actors, actresses, directors, makeup/hair designer, etc.
The students had memorable moments like telling each other puns or watching each other act.

“We started playing music from Mr. Bissonnette’s endless playlist, and when we took a break, we were playing dubstep at the loudest volume the speakers could handle,” said Gabi Tessier ‘17. “It was really fun.”

PA never did a steampunk theme play, but the audience loved the play. The audience’s gaze never once left the stage and amazed how the theatre program had the ability to take a well-known Disney classic and turn it into something unique.

Not only did the audience enjoy Alice and Wonderland steampunk theme, the cast also had fun. Some of the cast mentioned their favorite Alice and Wonderland character like the white rabbit, the Queen of Hearts, Cheshire Cat, or Alice. Also to mention about the steampunk theme, the rustic Victorian age brought a darker side to the fall play and each costume fitted the character’s personality very well.

“The costumes were just even cooler,” said Ifeoma Ayika ‘17. “I really enjoyed the steampunk aspect, it added so much more.”

PA students spent many hours and hard work for this play to become a success. They had to juggle both play practices and homework for many weeks. Many students had said time management can be a problem, but the workload paid off when they performed on stage and received many great feedback for their amazing effort.