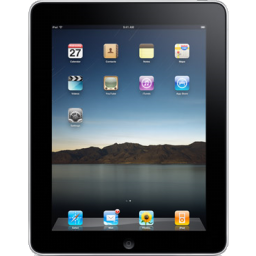 There is an ongoing discussion between the teachers and students on how they are to use their electronics in class.

Most people know what the students think, which is to give them more freedom with it. But not everyone knows what the teachers think about them.

There is a wide variety of opinions from the teachers on this topic, unlike the mostly one-sided view from the students. Some think that the Ipad allows students to get things done quicker and more efficiently, while others firmly believe it is a major distraction.

For instance, Providence Academy history and religion teacher Mr. Keiser states, “almost everybody abuses it,” and personally bans them in his class (except for study hall, for religion if they ask and if there is an accommodation plan).

Many teachers share a similar view, just less strict when it comes to even allowing the electronics to enter the classroom.

Another example is PA science teacher, Mrs. Bevington, who says that the will usually allow them unless, “they are up to no good.”

The vast majority of teachers are at least thankful that they are allowed to ban Ipads in their own class, and just like Mr. Keiser, often restrict the usage. But many are also grateful that Ipads are able to be used as a tool in the classroom environment, as there are just as many of these teachers as there are the more liberal-thinking people.

Even though many people do support the Ipad usage, there aren’t few problems. Many students still get caught misusing their electronics and many more get away with it. It seems that the usual violators continue to misuse them and there is no doubt whatsoever that many faculty members would like to up the punishment. As of right now, the punishment for an electronic violation is having it apprehended and given back at the end of the day after a discussion with the teacher.

The one surprising fact when it comes to electronic, is that one year, when asked about whether it was a good or bad idea to allow them, a graduating group of seniors said it was bad that electronics were allowed. This is mainly due to the recurring problem of providing distractions. This is shocking as most would think that the students would support such a generous privilege, but in this case, they wished it would have been taken away. What this shows is that even the students are starting to consider the negative aspects of allowing electronics to be used in class.

This is generally one of the more controversial topics when it comes to student privileges. In the end, it creates two things: one, it opens a door to a new method of learning, and second, it creates a distraction in class. Electronics in class continue to be considered for usage, and will be for many years to come.