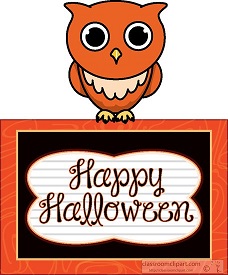 When people hear the word “Halloween” they think about candy, costumes and ghost stories.

But, do they know where Halloween comes from and how Halloween has a positive and negative impact on little kids?

A History of Halloween

Halloween comes on the night of Oct. 31, the eve of All Saints’ Day, commonly celebrated by children who dress in costume and get candy. The origins of Halloween remain unknown, but people say Halloween came from ancient Ireland and Scotland around the time of Christ. During this time, on Oct. 31, people had superstitions such as the belief of fairies and the spirits of the dead. Because of this, Celtics performed a pagan ritual which people dressed up in costumes and paraded in the streets to ware off the spirits.

Later, around the 5th century, the Catholic church made a celebration called All Hallows Day on Nov. 1, where it honors all the saints of the church. On Oct. 31, All Hallows Eve, later called Halloween, celebrated the feast day of Pope Gregory IV. On Nov. 2, people would go door to door and ask for cake in exchange for the promise of saying prayers for their dead loved ones.

Halloween has its negative and positives. For the positive aspect of Halloween, it teaches little kids to be creative. Carving pumpkins or choosing a Halloween costume to wear allows kids to increase their imagination. For the negative aspect of Halloween, it has also taught kids to be scared of the dark. All the scary decorations that cover houses may bring nightmares to children when they sleep.

“I like that it gives you a chance to dress up,” said Johanna Dykhoff ’16. “Without Halloween, we don’t really have an opportunity to put on costumes and dress up as something new. I don’t like that Halloween is often on a weekday, making it hard to actually go trick-or-treating because we have homework and school early the next morning.”

“I think if you own your costume you don’t ever need to stop, but on a more serious note probably around 15,” said Abigail Fafinski ’17.

In the honor of Halloween, should PA have a costume day for students? Many students enjoy this idea, but there a few who would not do it.

“I think a PA costume day would be a blast! However, I understand that it may not practical,” said Anamaria Palomarez ’17. “It could be hard to find a costume that fits all three classic guidelines of neat, clean, and modest. Scary costumes would probably not be allowed, considering the lower school is in the same building. The guidelines would have to be strict for a costume day to work.”

“Then there are people at Providence opposed to the concept of Halloween claiming it is a ‘devil’s holiday’ or something to that nature,” Palomarez continued. “Although I strongly disagree, I think we still need to respect these people’s views. Instead of a full costume day it may be more plausible and still fun to have something like a hat day where students can be allowed have a bit of Halloween fun without causing too much of a fuss.”