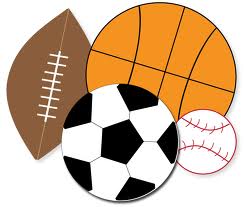 No matter what grade, all students want the updates on fall sports.

Athletes know what is happening within their sports, but how about the student body that aren’t in sports. Students are wondering, what’s going in fall sports?

The tennis team has been working hard; after eight games, they have a 2-5-1 record.

In a new section and conference, the tennis team plays against new teams like St. Paul Academy, Blake and Benilde-St. Margaret’s. The varsity tennis team hopes that their team connects more each day and everyone plays to the best of their abilities. Of course, they also hope to win more matches in the future.

“We are looking forward to competitive matches against these teams,” Mary Benites ‘16 said.

Tennis players also gave their thoughts about the new tennis courts. Many of them
seem to love the new courts because it is expansive and allow more spectators to watch the games.

Things to know about football team

Having an awesome season, the football team has a 4-2-0 record.

“If you fall down, you can get some nasty burns on your legs and arms,” Jack Hillen ‘17 said, “Trust me, they hurt.”

Last year, in the 2AAA section championships, the PA football team was one game away from state, and now this year, one of the goals of the football team has is to get into state tournament.

What is going on in soccer?

Both girls and boys soccer teams enjoy playing on the turf.

“The bounces are more predictable,” Megan Healy ‘16 said. “So, as a goalie I can better predict where I need to be to grab the ball. But, the ball also bounces higher so I need to be cautious that it doesn’t bounce over my head,”

“We are a very young team that is still learning and developing,” Mark Valde ‘16 said, “There is also a third team, the C team, and they have a new coach for that team. It looks very promising for the future for the varsity soccer team, as there are ten total freshman on varsity.”

During their practices, the volleyball team tirelessly works on defensive drills and fixing mistakes from their previous games.

They have a 7-9-0 record but hope to win more games in the future. One of their goals is to, of course, win games but also to work as a team.

“Our goals for the season are to play as a unified team, communicating with each other and trusting each other,” Liz Murphy ‘16, said.

Cross country athletes gave their thoughts about the new track.

“The new track is great,” Lizzi Reschenberg said. “We finally can do workouts at school and it’s in a lot better shape than the old track!”

One of their goals is to send some individuals or even the whole team to state this year. The team hopes that everyone has a fun, injury-free, and successful year.