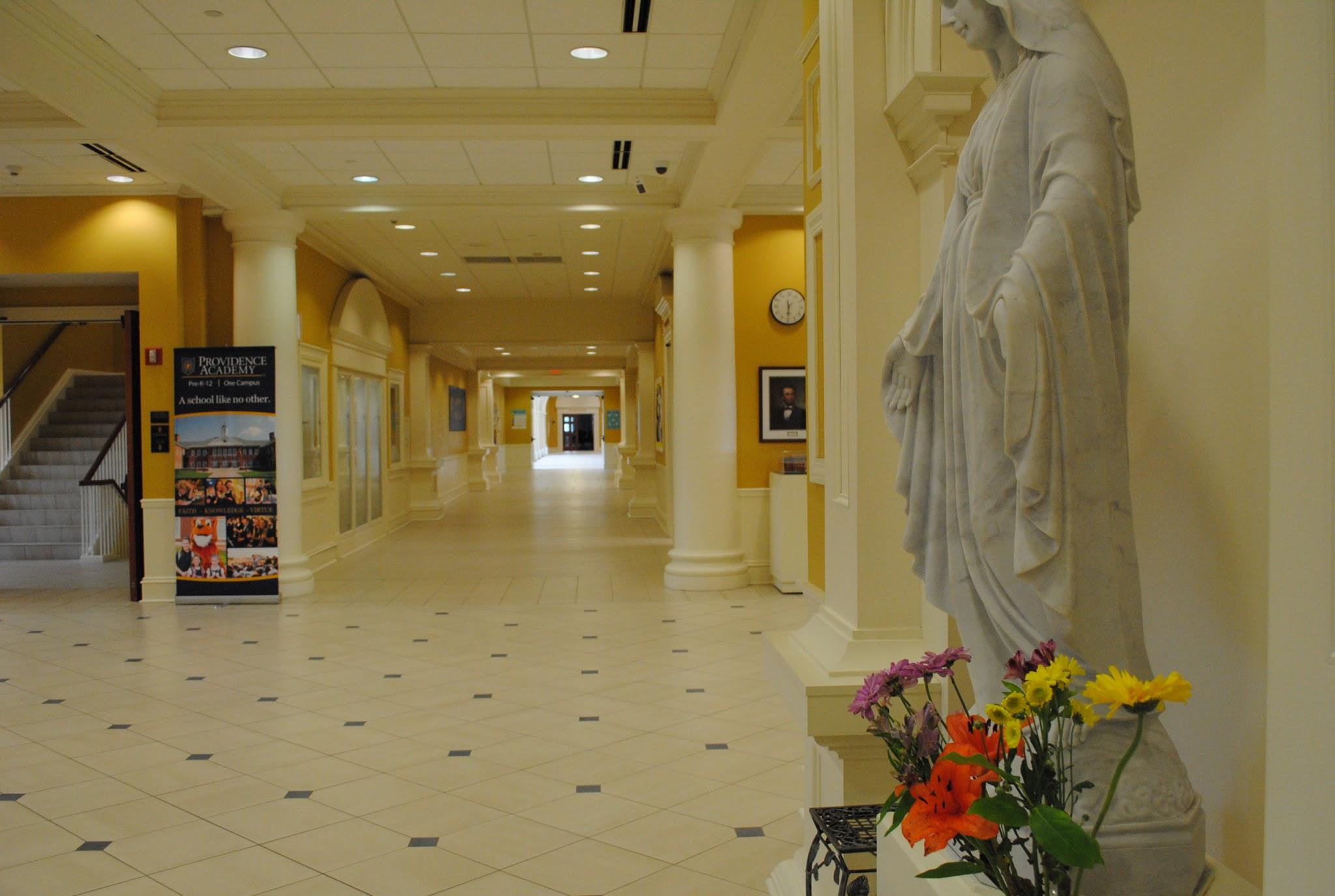 Each year Providence Academy, specifically the high school, is blessed with new students with many different backgrounds.

However, one will come to find that most share a common characteristic: they come from a much smaller school than PA. This provides the new “Lions” with a new culture, new experiences, and a new perspective on their education.

On Sept. 2, a multitude of students walked into the school with yellow walls for the first time. Freshman Jack Kruse ‘19, who attended Holy Family Academy from kindergarten through eighth grade, explained that he had a difficult transition to his new school at first, but caught on within a few days.

Sophomore Tyson Hohneker ‘18 states that he had a great transition, and it went a lot better than expected. He had previously been a student at Chesterton Academy for one year.

“[My] transition was rough at first, just because of getting used to the classes and size of the school,” said Mara Peppin ‘18, a second-year PA student who transferred from a school with 15 students in a class. “However, now I’m used to it.”

Maureen Burns ‘18 who graduated from Holy Family Academy’s eighth grade class in 2014, said she had a very smooth transition and liked how PA offered many more academic and sports opportunities than her previous school.

There was greater interest in Providence when discovering the differences between some of these smaller schools compared to Providence. Hohneker ‘18 describes that “His old school had not as open of a mind as PA.”

Kruse ‘19 thought that his old school had exceptionally small classes and did not have as rigorous classes either. In addition, some students stated that their classmates at their old schools were more shy or not as outgoing of personalities compared to the students here. Kruse ‘19 commented that, “The atmosphere [at PA] is the best.”

Even though many differences distinguish these small and large schools, a constant is the Faith. In fact, the students at Holy Family Academy attended Mass every morning. Mara Peppin explained that her religion classes at Ave Maria Academy remain quite similar to those at PA, and that she was and is currently surrounded by Catholic families who have the same beliefs as her.

At PA, the students can relate to each other and pleasantly debate with each other all at the same time, providing great social skills and a firmness in one’s beliefs. Going to a school with so many fantastic academic opportunities, it’s exciting to see what they all have come to enjoy. Peppin loves American literature with Mrs. Simonson, Tyson enjoys Biology with Mrs. Sheehan, and Jack loves Spanish one with new teacher, Señora Ramirez.

Burns said he enjoys choir because, “they are all like a big family and sing really cool and super fun songs!”

These new students dove into all of the extracurricular activities offered here as well. Burns ‘18 participates in soccer, basketball, and softball, Hohneker and Peppin ‘18 both run cross country, and Kruse ‘19 is an active member in the Lions for Life club.

All of these students and more seem to come to PA for similar reasons: to be well prepared for college and receive a private education “like no other.” At PA, they are able to love Christ, become surrounded by new people that may have different opinions than them, participate in activities and clubs they would otherwise never have been able to do, and overall enjoy fully their high school education. One could argue that it is the “perfect sized school”!