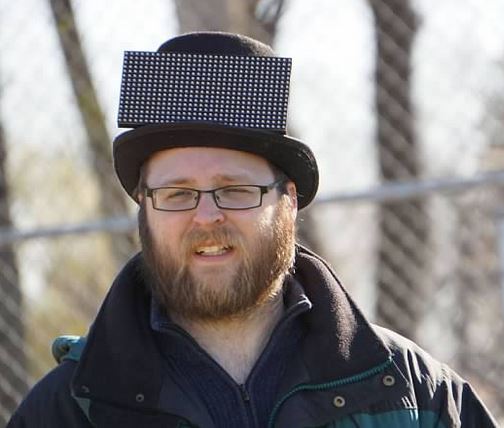 Providence Academy science teacher Mr. Dan Fisher lakes to take it to the edge…the edge of outer space, that is.  Mr. Fisher’s Earth and Space science class recently sent a weather balloon with an instrument package more than 90,000 feet into the sky to collect atmospheric data and take pictures. A GPS tracker sent continuous position reports to the ground crew below.  And in case you were wondering what the world looks like from twice the height that commercial airliners can fly, here is the answer:

The project reminded this writer of NASA’s glory days, when Apollo went to the moon.  While Mr. Fisher was not wearing a white vest like Apollo launch director Gene Kranz, he did sport his LED display-equipped top hat and demanded the same level of precision and discipline exhibited by the legendary mission controller.

The Kennedy Space Center in Florida was busy with another project so Mr. Fisher moved his launch complex to Atwater, Minnesota.  Under clear skies and almost perfect conditions, the weather balloon and its instrument package soared aloft at 10:15 AM Central Daylight Time, sending back information about  pressure, temperature and percent humidity every 30 seconds.  An automatic camera snapped pictures.

The balloon finally burst at about 99,000 feet, just as it was supposed to do, and the instrument package drifted back to Earth under a parachute.  Touchdown was in a farm field at 12:20 PM CDT.  The equipment was recovered intact.  Next up on Mission Control’s checklist is a thorough analysis of the recorded data and a final mission report.  More pictures and videos of the historic (for PA) mission can be found at https://paearthandspace.shutterfly.com/pictures.