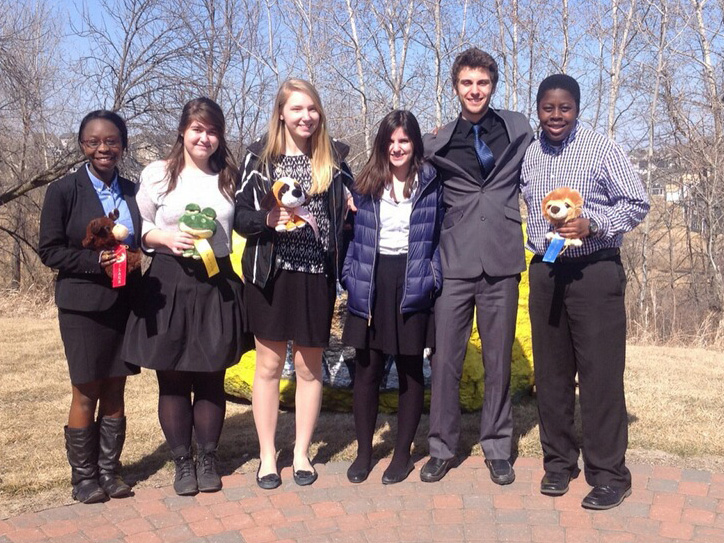 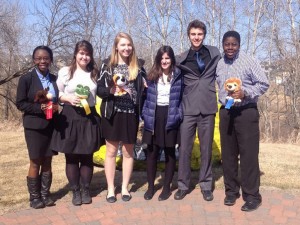 For most people, public speaking is terrifying and something to be avoided at all costs. In fact, according to Christopher Ingraham, a writer for the Washington Post, public speaking is the biggest phobia in America, topping heights, bugs, and even drowning. However, for Captain Meghan Onserio ’15 and the rest of the Providence Academy Speech Team, public speaking is a fun pastime and a source of engaging competition.

Members of the Speech Team compete in tournaments divided into thirteen different events, some of which include: Creative Expression, Extemporaneous Reading, Great Speeches, Humorous Interpretation, Original Oratory, Serious Drama Interpretation, and Storytelling. Each participant selects one category to specialize and compete in. For example, Ms. Onserio, her brother Derek Onserio ’17, and fellow team member Josephine von Dohlen ’15, all competed in Extemporaneous Reading this season. In this event, participants expressively read from a short selection which they receive at the tournament. According to the MSHSL, “Participation in Extemporaneous Reading teaches a student to introduce and read excerpts from prose or poetry for the purpose of appreciation or enjoyment.” 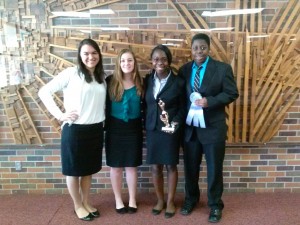 At the tournaments, students are first divided by category and then, within each category, divided into four separate rooms. Normally, there are 6-8 students in each room who compete directly against one another in three different rounds. Room placement is random and students will never be in the same one twice, meaning that they will compete against new people and have new, unbiased judges for each round. The judges watch everyone in the room speak and then rank the speakers from 1st to 6th/8th place based on their performances. “Winning in Speech involves one scoring the lowest amount of points in all of their rounds. The goal is to have the highest rank consistently throughout the rounds, as place is equated to point number. Consequently, 1st place would be the student who was consistently ranked the highest throughout the day in each of their rounds,” Ms. Onserio explains.

Overall, the Providence Academy Speech Team had a very successful season with members placing in the top five at every tournament. Notably, Captain Meghan Onserio and her brother Derek both competed at sections in the Extemporaneous Reading event. Derek placed 5th and Meghan placed 3rd, earning her a spot at the State tournament. Sadly, Meghan did not make it to the final rounds of the State tournament based on a small technicality that eliminated her scores from the second round. Nevertheless, “Competing in State is such an honor, and an experience I will never forget!” said Meghan.

Of course, it’s not all about winning. Although Meghan likes to compete, she mostly enjoys Speech because, “It gives me the opportunity to do what I love – perform. Whether I compete in Storytelling or Extemporaneous Reading, there is always a chance for me to learn something new about improv, connecting with people through my speaking, and enchanting the stories I tell. Speech has definitely become one of my favorite activities, and I plan to continue it in college!”