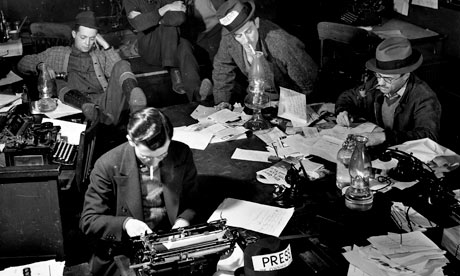 The snow is gone, the turf is turning green, and the providence Academy athletes are on the field.  Time for the 2015 spring sports preview.

Congratulations to the boys 2014 team for winning the Class AA Title.  This is the first State Championship for boys sports in Providence Academy history.  Sophomore Paul Stankey gave his thoughts on the 2015 season and last year’s State title: “We have a lot of young talent and I’m excited to see everyone get some varsity experience. We will keep working hard and getting better all year and throughout the off-season.  Of course winning the state title is the ultimate goal of any team in high school athletics. But as of right now, we need to prepare and play every match with intensity and focus to perform well in conference and section play. That is the best way to put us in a position to achieve our ultimate goal of a state title.”

Stankey says the teamwork that went into this historic victory is its own special reward. “It gives you a buzz you can’t get by just playing for yourself. We all did our part, and with 5 seniors and a coach who were all playing their last year as a Lion, it made winning feel that much better.”

The 2014 Conference Champions are ready for a successful season.  Captain Sam Ahl’s thoughts on the season: “With our new head coach this season we are looking to build off of our great season last year. We have some younger girls playing up this year, so it will be exciting to see how they do in some varsity matches. We are hoping to make it to the State tournament as a team or to have some individuals qualify to compete this season.”

Senior Christina Stankey offered her perspective: “Providence has built a really strong golf program over the past several years. Many girls on the team play tournaments and practice hard in the offseason, and that really pays off during the season in terms of experience and consistency in matches. This year, the team is looking to be strong with a core group of players who have played varsity for the last several years. In terms of goals, we are hoping to follow up the last two years of conference wins with a strong showing in our new conference. Breck is our biggest competition, and as they are in IMAC   and in our section, we will be playing them several times this season.”

Ice-Out on Lake Minnetonka this year happened three weeks earlier than last year. This is great news for the PA Sailing club to hop back into their C420 sailboats to prepare for the upcoming regattas.  Junior Grace Cummins enjoys meeting people from other schools such as BSM, Wayzata, Orono and Chanhassen. This year Providence was invited to a National regatta.  “Our goal is to keep improving and recruiting new students to join the sailing club. The PA team has only been around for four years,” Cummins said.

This is the first season for PA students. Sophomore Colton Murphy helped get this new sport approved. I asked for his thoughts: “I am excited that we had 79 students signed up to shoot clay targets. So far we have had only shot practice rounds, however I believe we will have a winning team this season.  Our team is young with tons of potential.  All in all, I am fired up to see what this new sport brings to Providence this season.”

Boy’s baseball is in full swing with a 4-1 record start to this season.  Last year’s winning record was 12-4.  With nine returning seniors, there are high expectations for this season.  Senior Will Wade, gave me his thoughts: “ We have a good group of guys this year and plenty of leadership on the team. We also have a good core of young guys who will contribute to the team. Our goal is to play well and go into sections at our peak so we can make a solid run in the post season this spring.”

Senior Joe Baird weighed in on the team’s prospects: “The 2015 Baseball team is looking to build off last year’s success.  We were seeded number one in our section playoffs.  The team is looking to even go further this year and make it to the State tournament. One game at a time is what the team is focused on.”

Due to construction, the boy’s tennis home courts for this season will be played at Golden Valley Country Club. Captain Alex “Bus” Witkowski looked into his crystal ball and made his predictions: “The Boys tennis team is really fun this year; we have mostly upper classmen except two young guns who are in 7th and 9th grade. We like to play the infamous “Go Lob” and bump to some jams whether its Bob Marley or Kaya, but this team has worked hard early in the season and they truly have a thirst for winning. We have a tough schedule with Breck, Blake, and SPA this year but we are a scrappy athletic team who is not afraid to compete.  When it comes to expectations its as simple as winning as many matches we can while still enjoying the game of tennis. And we hope to have plenty of fans at home!”

Boy’s lacrosse team is off to a 1-1 start to this season.  They finished 2014 with a 5-8 record.  Growth in skills and participation are improving every season on the LAX field. “If you like hockey, come out and watch Lacrosse!” says Senior David Ritz.“We have a young team this year. We are getting into good habits and have been successful so far this year. Our goal is always improvement; perfecting what we work so hard on in practice in game situations.”

Girl’s softball team has 1-2 start for 2015 and finished 8-6 in 2014.  Center fielder Annika White is busting with pride: “As a senior captain I have never been more proud of any team. Each player dedicates themselves 110%. This year we have added morning practices in addition to our afternoon practices, this will give us the needed edge over our   opponents. Our team has a saying, “If what you did yesterday is still great then you didn’t do enough today.”

This season both teams will practice at Blake school due to construction delays. Trent Wiebusch, Trey Wiebusch, and Reed Trende shared their thoughts on this season.

“The track team has a lot of potential this season, “Trent said. “We are focusing on building the team atmosphere. Despite not having a track, the team is working hard and overcoming the obstacle of bus rides down to Blake. The talent is growing and developing and we are glad to have a nice number of middle schoolers to set a strong foundation for the future. We have many athletes looking for high achievements this season. Eyes are on school records and strong section performances, but the true goal of the team is to help each other grow to become the best versions of ourselves, giving our best efforts and valuing the journey and its lessons more than the results.”

Trey Wiebusch echoed his brother’s optimism: “The team is looking awesome this year.  Many of the records on the board will        be up for grabs, and energy is high, but our goals consist of more than just records and results.  It’s about the process, and we hope to continually build a program         that, despite not actually having a track, forms student-athletes and prioritizes hard work, teamwork, and commitment.”

“The track kids really are all around just a great group of kids,” Trende said. They are exceptionally fun, polite, and dedicated, and these attitudes show in our practices.            As for expectations, I can’t speak much on the sprinters side, but for distance, we        have a really solid group of guys this year. We have a couple guys who are doing really well and maybe have a shot at state as individuals, and the rest of the guys             are all very solid and consistently perform well. Same goes for the distance girls.          I’m looking forward to see how much everyone is able to improve this season!”

Girls Captain Becca Schoenfelder sees lots of promise in the athletes she leads.

“I am really excited for the girls’ track team. The sprinters, jumpers, throwers, and distance athletes all are performing very well this year,” Schoenfelder said. “Our best distance runner graduated last year, but I am confident that we will have just as successful of a season this year. I have been pleasantly surprised at the talent on our team, as well as the effort the girls put in during practices. Our goals are to send as many people to state as we can, and to just have fun while bettering ourselves. Any event in track could make it to state. The boys 4×100 runners are always pretty good, as well as the jumpers. Hopefully we’ll get some throwers or distance runners to the state meet this year! My teammates truly are family to me, and I am so blessed to be a part of the team. As the only senior distance runner, it is so much fun to watch all my younger teammates improve in their races and grow in character as well. My teammates are my best friends, and I can’t wait to see how the rest of the track season goes. I know we are going to have an exciting season for the entire track team!”

What makes PA spring sports so great is the heart of every athlete, coach, bus driver, and team manager.  The Lion’s Pride is definitely alive in all these players in spring sports this season. They are a part of something bigger, and more powerful than ever! Today is your day, your season, go out and show us how great you are, best of luck to all the spring teams- GO LIONS!!!  Senior Joe Baird shared the baseball team’s Motto, which pretty much sums up the attitude of all PA athletes: “Tradition Never Graduates.”