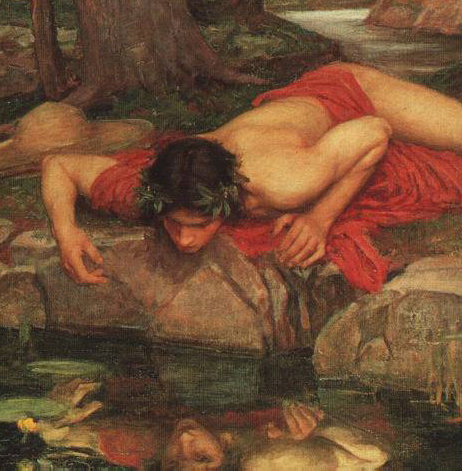 Almost everyone has heard the story of the albino-like girl, with obnoxious red lips and jet black hair. And everyone knows of her evil queen mother. However, one of the most famous lines from the classic tale of Snow White is completely overshadowed by the pretty princess. “Mirror, mirror on the wall, who is the fairest one of all?” The mirror cruelly responds to the queen with a longer version of, “not you.”

Without truly knowing it, mirrors can completely tear down young adults. With a constant image of the perfect human displaying slim women and muscular men, teens and adults can come to the false conclusion that because they do not reflect society’s image, they are not good enough. For women, beauty can be so important that it begins to have dramatic psychological effects on them. Elayne A. Saltzberg and Joan C. Chrisler, in their article “Beauty is the Beast”, described the amount of effort women force themselves into in order to feel beautiful. “Women have spent more money than ever before on products and treatments designed to make them beautiful. Cosmetic sales have increased annually to reach $18 billion in 1987 (“Ignoring the economy. . . ,” 1989), sales of women’s clothing averaged $103 billion per month in 1990 (personal communication, U.S. Bureau of Economic Analysis, 1992), dieting has become a $30-billion-per-year industry (Stoffel, 1989), and women spent $1.2 billion on cosmetic surgery in 1990 (personal communication, American Society of Plastic and Reconstructive Surgeons, 1992).”

With such a fierce search for beauty, many women fall short and begin to completely neglect themselves as worthless and ugly. Even those women many would consider beautiful, are mentally affected by society’s persona of beauty. Psychology Today explains that “low self esteem is more common in beautiful women than you would expect. Some just don’t believe they are attractive. They have a distorted self image and don’t believe others who tell them how stunning they are. Thus in their mind everyone is a “liar” and not to be trusted. Some are dependent on the first impression reaction of others to define who they are, ie someone who has it all because of her beauty. So, she starts to see herself as someone with no talent, no intellect — no redeeming qualities other than her looks.” These thoughts can run through anyone’s mind as well as with men.

Many experiments have shown that more attractive people end up with better jobs, teachers favor attractive students, and even a myth that juries find attractive people less guilty. In the Association for Psychological Science’s article, Beauty is in the Mind of the Beholder, they illustrated the standards that men feel they have to live up too. “An attractive man, in the eyes of female experimental participants, is generally one with relatively prominent cheekbones and eyebrow ridges and a relatively long lower face. Likewise, prominent cheekbones, large eyes, small nose, a taller forehead, smooth skin, and an overall young or even childlike appearance add to women’s allure.”

Men’s body image begins forming as a young child and it is greatly affected by the boy’s surroundings. If he is criticized at school, his body can immediately begin to suffer. The website Mirror Mirror – Eating Disorders features an article entitled Body Image Men said that even action figures can discourage young men. With their inhuman height and overly large biceps, boys can be intimidated and hopeless when it comes to their appearance. Social media can dramatically and negatively affect boys as every movie star and TV host radiates perfection.

Everyone needs to begin addressing the human body image more seriously as problems such as depression and anorexia are beginning to infect many teens and young adults. As people become extremely self-conscious over their appearance, obsession can ruin other aspects of their lives. Self-confidence will become rare, if not extinct, if our only role models are eight sizes slimmer than us, two feet taller, and possess impossibly defined features. Once society begins reading the story rather than simply judging the cover, everyone will feel more comfortable and happier in their own skin.