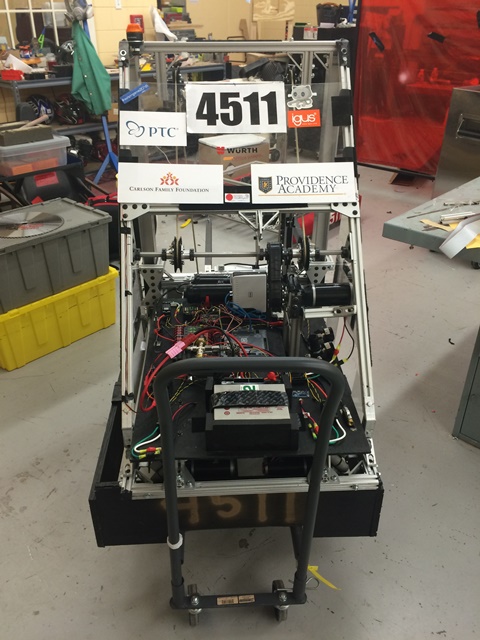 Contrary to the portrayals in popular culture, not all robots are out to destroy the world and the entire human race. In fact, they can actually be quite eco-friendly. Well, the PA robot is anyway.

From February 26-28th, at a FIRST Robotics tournament in Duluth MN, the PA Robotics team, Power Amplified, competed against 62 other teams in a game called Recycle Rush. They played nine matches and ended up 24th overall. Quite the accomplishment for such a relatively new team. 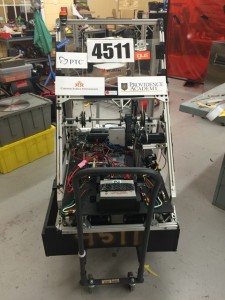 Put simply, Recycle Rush is a stacking game. Of course, it is much more complicated than that. The game consists of two teams playing against each other on a 27 by 54 foot field. Each team, or alliance, was formed by three robots, each from a different school. The two teams competed against each other by stacking as many boxes or “totes” as they could within the two and a half minute time frame. Basically, “The robot has to manipulate and pick up totes and place them on small scoring platforms,” said Mr. Michael Plucinski, the head of PA Robotics.  Each tote placed on the scoring platform was worth two points. One could then maximize scoring by stacking totes on top of one another.

Another bonus opportunity came from the coopertition challenge, which forced both alliances to work together. “You have to cooperate to also win the competition. That’s the spirit of the game that they’re trying to create with these challenges,” explains Mr. Plucinski. Essentially, both alliances had to stack special yellow containers on the separation platform in the middle of the field, earning them twenty more points. If the yellow containers were stacked on top of each other, the teams would earn another twenty points. 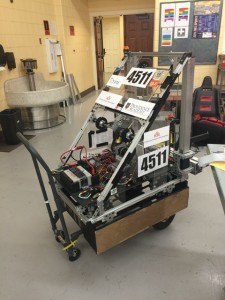 A third, bonus came from a human player, who would try to throw litter, or pool noodles, onto their opponent’s side of the field. At the end of the game, each piece of litter on the opponent’s side counted as four points for the other alliance. Thankfully, PA had a javelin thrower, Ms. Abby Villafana, on their team to help them with this challenge.

Finally, each match began with a fifteen second autonomous period, where the three human controllers had to pre-program instructions for their robot so that it could accomplish a certain task. To earn points, each robot on the alliance had to complete the task. Although, PA’s robot could reliably do autonomous, not every robot could. In the end, autonomous capabilities did not turn out to be as important as Power Amplified had wagered, and thus, they were not chosen for an alliance in the final rounds of the tournament. 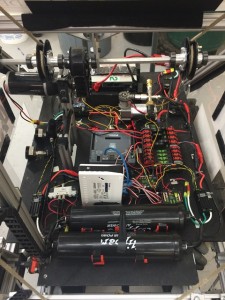 Despite not making the final rounds, Mr. Plucinski was still very happy with his team’s performance. “My biggest takeaway was that our team didn’t do any rookie mistakes. It seemed that this year we had the best competition as a team. That was awesome and made me very proud.”