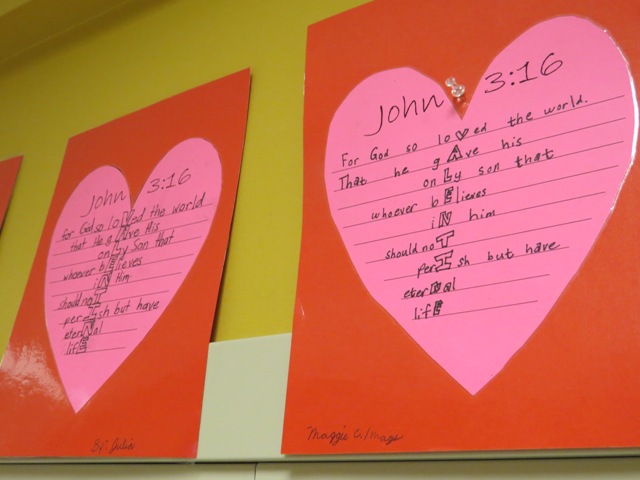 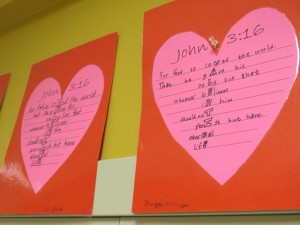 The Catholic Church’s seasons are especially exciting to Providence Academy’s Lower School students.  Their sense of mystery and wonder about the upcoming Easter Sunday celebration is noticeable. PA fourth grade teacher Susan Fobbes’s class is in the process of making little resurrection gardens for the duration of Lent. 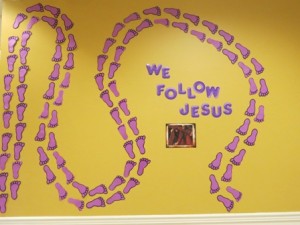 “It is a mountain of dirt with a pot in the middle, which is the tomb and has a rock blocking it. There are also three crosses and maybe some candy in the tomb later, I hope there is but we don’t really know yet.” Both Luci Lambert and Julia Ferdinandt seemed very excited about being able to make these gardens and said that when they get back from spring break, “We will put seeds in the dirt and they’ll sprout, I think making grass all around.” They also have Lenten calendars on all of their lockers, which they will color in if they complete their Lent promises. In the Lower School, all of the classes are also currently involved in the Rice Bowl and made a path of feet that hang on the wall. The feet have each student’s Lenten plans on the back describing what they’re giving up, trying to do such as extra prayers, and giving money.

According to the website www.newadvent.org, “the Teutonic word Lent, which we employ to denote the forty days’ fast preceding Easter, originally meant no more than the spring season.  Luci and Julia were asked what they both were giving up for Lent. Luci said that she was, “Giving up snacks in between meals; that’s going to be hard.” Julia said that she was “Not going to read as much.” Lent is a time for giving up things and trying to make more time for your faith life, it’s always nice seeing younger kids also doing this and giving up things in their lives for Christ. 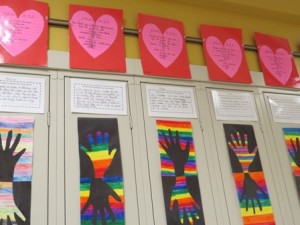 I asked both girls what they had planned for Easter and they responded with, “I get to have everything I’m giving up!” and “I can’t wait for Sundays, then I can have everything I gave up.” They were very excited to get to be apart of all school Mass with the older kids this year. When asked what the ashes they received on Ash Wednesday meant,  Luci said “Ashes represent dust, actually burnt palms from Sunday” and Julia replied, “We came from dust and from dust we will return.”