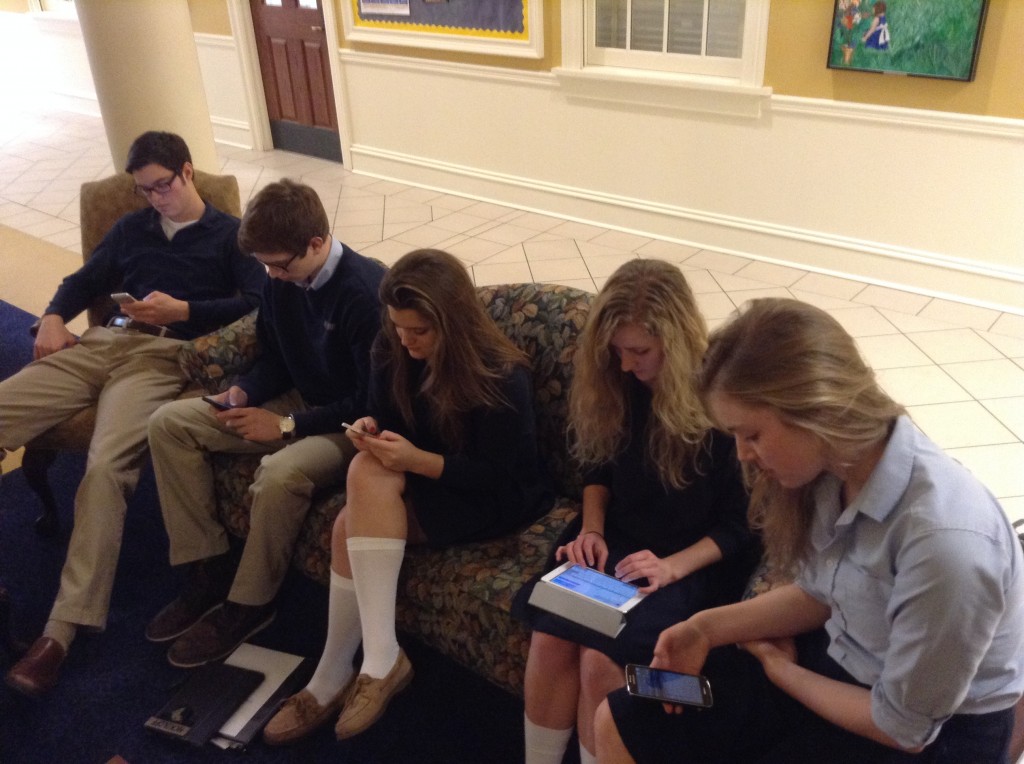 We have all heard the horror stories of how technology makes you dumber, but did you know that your texting habits could actually turn you into a Neanderthal?  Yes, you read that right.

According to spinal surgeon Kenneth K. Hansraj, M.D., “The terrible posture your smartphone encourages adds stress to the spine, which, over the years, could deteriorate the back and neck muscles to the point of needing surgery.”

Providence Academy student, Becca Schoenfelder, agrees.  “If we are all on our phones all the time, then we tense up and are always looking down, so it probably isn’t the best for our posture,” she says.

So, the next time you think about texting someone or playing Candy Crush, try to sit in an upright position with your phone parallel to your head.  Although some people might think you’re crazy, your body will thank you later.