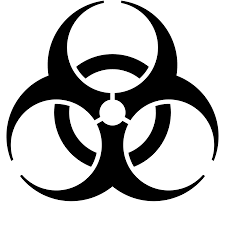 As millions of Americans fret over the Ebola virus, their anxieties propelled by non-stop cable news, talk radio and social media, at Providence Academy the level of concern among students is low, to say the least.

On a cold November day in Minnesota, a few  Middle School boys can be heard quietly singing from their wing of PA before school begins. One might think they were getting ready for Christmas caroling, or maybe even attempting to belt out a chorus from a Taylor Swift song without their voices cracking. As good as these guesses are, the boys are in fact singing, “Eeeebolaaaa,” to the  catchy tune of the Ricola cough drop advertisement.  While perhaps in poor taste, the chant suggests that not many young people are losing sleep over the fear of contracting a deadly illness .

When asked why, one student, who wished to remain anonymous, replied, “Everyone thinks it’s some plague or something. Even my mom is worried and acts like we are all going to die from it. It’s funny to mess with them, cause that’s crazy, right?” The students may have a point about the frightening illness that, so far, has not made its way to the state of Minnesota.

The Associated Press reports, “Only nine people with Ebola have been treated in the United States… four were diagnosed in the United States.” Ebola, given what’s known now, seems hardly about to wipe out the population of the U.S. Ebola has hardly touched America. However, it has been catastrophic in African countries. Sara Carter, reporting on the news website of “The Blaze,” reports that, “5,000 children have been orphaned in Africa alone due to the Ebola epidemic.” Two out of three that have the disease die. It is a deadly disease. According to the National Institutes of Health, “Early symptoms of Ebola include: fever greater than 101.5°F (38.6°C), chills, severe headache, sore throat, rash, red eyes, muscle pain, weakness, abdominal (stomach) pain, diarrhea, and vomiting. Late symptoms include: bleeding from the mouth and rectum, bleeding from eyes, ears, and nose, and organ failure.”

Ebola, if it makes its way across the Atlantic and starts spreading as it has in Africa, will be terrifying. However, so far, the disease has not proven as deadly in the U.S as it has in West African countries. Federal Ebola Czar Ron Klain recently stated that, “We will see other cases of Ebola in the United States, as the president has said, occasionally and sporadically. But it’s a milestone because it shows that our health care system can successfully identify isolate and treat an Ebola patient and return him home and healthy.”

In Africa, the epicenter of the outbreak, Ebola is still ravaging nations and families.  Recently, American soldiers, healthcare workers, and disease management specialists bravely headed off to the heart of the “hot zone” to assist African healthcare providers in their battle to save lives. Thousands, perhaps millions, of prayers are offered each day for the suffering. Here in Minnesota, Ebola does indeed seem very far away. Thankfully, for the moment at least, it still is. Let’s hope it stays that way.