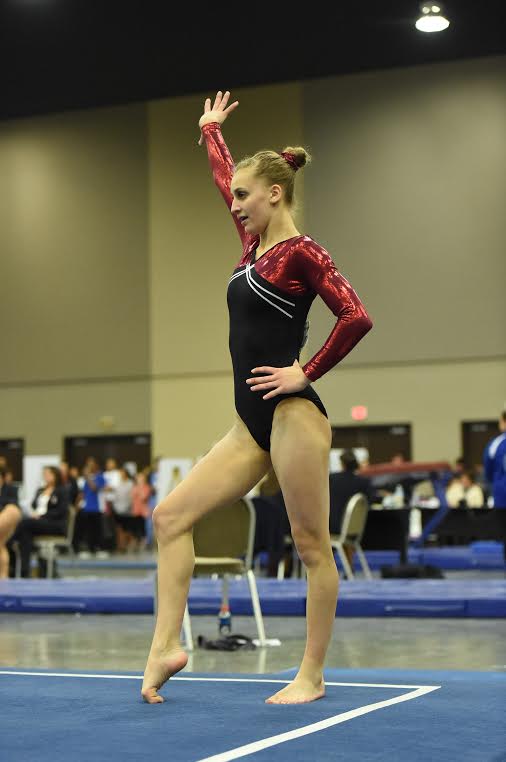 When the 2016 Olympic Games open in Rio de Janeiro, Brazil, Providence Academy’s Abby Brenner may be among the athletes competing for the United States Olympic Team.  The freshman has been competing since the age of seven, and is currently ranked 4th in the nation for her age group. 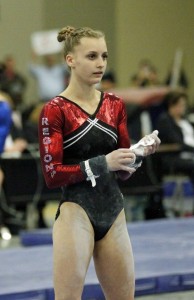 Competing at a high level brings intense practice schedules. “I practice on Monday’s and Wednesday’s for six hours, two before school and four after school, and on Tuesday, Thursday, and Friday’s for five hours after school”, said Abby. That is over 27 hours a week in the gym. Abby knows she has learned a lot from her years of being a gymnast. “I have learned a lot about time management. Leaving school and going right to practice and getting home at 7:00 every night and not having the time to finish my homework, it is easy to fall behind. I have learned to use my time wisely and efficiently,” she said.

Abby was invited to practice at the USA Gymnastics National Team Training Center in in Huntsville, Texas, also known as the Karolyi ranch. She practices and trains with the world famous  owners of the ranch, Marta and Bella Karolyi, who pick the U.S. Women’s Olympic gymnastics team. “I go down once a month for a week to train with them” Abby said. Her goal in the end is to represent the United States on the international team that travels internationally and competes at various gymnastic events.

As a gymnast, you have to compete in all four events, which consist of uneven bars, balance beam, floor exercise and vault. “My favorite event is floor,” said Abby, who is ranked #1 in the country for her age in floor. “My least favorite is definitely beam. It’s very difficult and not fun.”

Being a gymnast can be a grind. However, Abby says she never gets bored when at practice. “There are so many tricks and combinations to learn, there always something new to take on”. As motivation, she looks for inspirational quotes. One of her favorite quotes is from newly retired New York Yankee Derek Jeter. It says, “There may be people that have more talent than you, but there’s no excuse for anyone to work harder than you do”. Abby said that quote gives her motivation when times get hard.

Abby’s meet season will start in January and will run through May. After that, she will find out her fate on the US international team. If you see her in the hall, make sure you wish her good luck, because before you know it, she could be representing the United States of America.