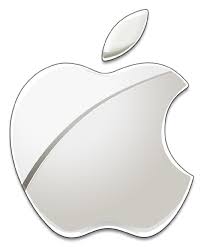 With the use of personal technology at an all time high, is it any surprise that people were lining up days before to get the new iPhone 6? It seems that it is almost an expectation that every teenager in America has the newest and greatest cell phone. Does this need for constant new technology show that teenagers need everything here and now without any delays? “Our broader culture wants always the newest, greatest thing. Which than forces teenagers in that sense to believe that new is always better. We always spend time and money updating this and that, although what we currently have only needs some updating,” said Dr. Kevin Ferdinandt, Upper School Director at Providence Academy. As different as the newest Apple, Android, or Samsung phone may seem, it typically only has a few differences than the last phone.  A new iPhone will always come out every year, so is it really that important that people have “the new big thing” the second it comes out?

With social media websites such as Facebook, Twitter, Instagram, Snapchat, and Tumblr, it is no wonder that people spend so much time on their phones. This  provides the  perceived need for people to constantly be in communication with everybody they know through their smartphones. Some teenagers are even turning off their voicemails because they only want people to text them instead of having a conversation. Of course texting is easier and saves time, but is it really so terrible to talk to somebody? This poses the question ; do teenagers hide themselves in their technology because they have lost the ability to socially communicate with people face to face, or do we just want things here and now? Dr. Ferdinandt says, “I think people are more comfortable putting themselves out there in electronic form and therefore it stunts your growth socially.” It is always convenient to have things right in front of you, but when you start to substitute face to face contact for a message on a screen, iPhones start to become a bad thing.