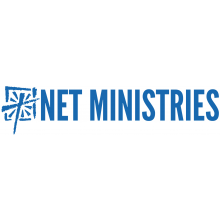 Who are these new quirky, energetic, social people you may be seeing around Providence Academy? This is the NET Team, which consists of four guys and four girls. NET stands for National Evangelization Team. They are teams of eight to 12 people that go around to various places to teach and preach the Gospel. Every year Providence Academy has a NET team come to interact with our students. They host events such as early morning Bible studies, yearly retreats, and praying of the Rosary. This years male NETTERs are Jimmy Conway, Mike Melliere, Corey Baumgartner, and Damian Sousa-Johnson.

Jimmy Conway didn’t have the easiest path to becoming a NETTER. Jimmy grew up in a Catholic family and attended a private Catholic school; Once he got to high school he switched to a public school and drifted from the faith. Like many, Jimmy started to get with the wrong crowd, and got into the party scene. Often times Jimmy would only go to church to please his Mom. This went on for years, until 2011, when Jimmy was diagnosed with a benign brain tumor behind his left eye. This really woke him up and was a turning point in his life. Before the surgery Jimmy was quite scared that he may die, and prayed to God. He asked God, “If I make it through this surgery, make me the holy man that I was before.”

Jimmy started to see some immediate changes, and some not so immediate. Jimmy had been struggling with one particular sin until early 2014 where he overcame it. Earlier this past summer, Jimmy had been with the Franciscan friars serving and being apart of the brothers’ community, until his cousin Jessica, who is also a NETTER had asked him to come on a NET interview retreat with her. He agreed and had a wonderful experience. The next few weeks he thought about joining the NET Team, and came to a conclusion that it is what God intended for him to do. Jimmy’s favorite part about NET is the unknown, and not knowing where he’s going to be physically or spiritually in a matter of weeks. He also loves how much he grows as a person and in relation to God. One weird fact about Jimmy is he is one 12 kids. Also Jimmy’s favorite food is chicken fajitas. Jimmy has faced a lot of adversity throughout his life and the way he keeps overcoming it shows a lot about his character and what a great person he is.

Mike Milliere has been surrounded by NET his whole life. He was early introduced to NET by his youth minister who was apart of it. When he was applying to colleges his minister gave him an application to NET, so he filled it out and went on the two day interview retreat. He instantly fell in love with NET and knew it was right for him. Mike favorite part about being apart of the NET team is going on the retreats and seeing the youth embrace their faith. Also, Mike was a sponsored professional skate boarder for a while. A few new thing he would like to incorporate with NET this year is consecration with Mary and weekly praying of the Rosary in the chapel. Mike’s favorite food is thai, and he likes anything related to it also. Mike strongly emphasizes growing as a community and growing closer relationships with each other. Mike is a very interesting guy with many talents and is going to be a great fit with Providence Academy this year.

Corey Bumgarner is the third of the three male NETTERs. Corey’s path to NET was quite ordinary compared to the paths of Mike and Jimmy. Corey started out in high school. He would attend Mass, but did not have a strong relationship with God. Once he got to college he completely stopped attending Mass, but through a series of events and relationships Corey started a prayer life with God and became the Catholic he wanted to be. The more he prayed, the more joy and happiness he got out of it. Corey’s favorite part of being a NETTER is the interaction between him and the students. Corey also walked on at the University of Mary as a D2 track runner. This year Corey would like to incorporate the student body more, and bring them closer as a team and a whole. Corey’s favorite food is his mom’s home cooked German soup.

This years NET team definitely is a great group of people. They possess great qualities