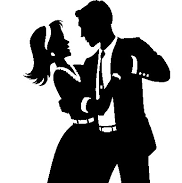 The Homecoming dance: an age-old tradition that signifies the end of a week full of festivities, relaxed homework, and fun. At Providence Academy the custom continues to be appropriate yet enjoyable.

In keeping with PA’s standard of neatness, cleanliness, and modesty, the regulations for semi-formal dance attire are numerous. Every year, the hallways are filled with gripes and moans from students, particularly the females, about such Draconian guidelines. Dresses, “must go at least to the top of the knee, cannot be too low in the front or in the back, must have straps, and cannot be sheer.” For males, the requirements are a bit simpler. According to the Dean of Students, Mr. David Harman, boys must wear, “khaki-type pants or dress pants, a button down shirt or tie, and appropriate dress or dress casual shoes with dark socks.”

This year the Upper School Student Council attempted to assuage the complaints about the semi-formal dress parameters by suggesting the dance be informal. Surprisingly, when put to a vote, the majority of students voted for the dance to remain a semi-formal affair.

Another area in which the regulations are seemingly endless is the music. Student Council representative for the junior class, Kayla Bartsch enumerates the music rules; “no mention of sex, drugs, alcohol or general bad behavior, no swear words (no clean versions either), no songs from artists with a racy image (Miley Cyrus, Katy Perry), and no songs with racy music videos (Wrecking Ball, Turn Down for What, Animals).” Despite the guidelines, there were many current songs that did make the cut such as “Classic” by MKTO, “What Does the Fox Say” by Ylvis, and “Counting Stars” by One Republic. Another popular, although somewhat unexpected, song choice which had many on their feet was “Our God is an Awesome God”.

Rules and regulations aside, many students had a great time at the dance. Both upperclassmen and lowerclassmen alike had a fun night. Senior Kailey McIntyre said, “The Homecoming dance was great this year because the music was good and it was nice to see everyone dancing and having fun, not worrying about taking a test, or a paper they have to write.” Another student, freshman Juliet White, enjoyed her first Homecoming dance and exclaimed that her favorite part was, “When all of the students circled around the teachers and watched them dance!”

Indeed, some of the teachers had almost as much fun as the students. Although some stood resolutely at their posts and chaperoned, even going so far as to bring ear plugs to block out the music, others happily joined the party. History teacher Mr. Kevin Keiser showed off his dance moves and Mr. Edward Hester began a glow stick war towards the end of the night.

In true Providence Academy fashion the dance ended with a prayer. Thus, another Homecoming dance, filled with an equal amount of rules and fun, has passed.