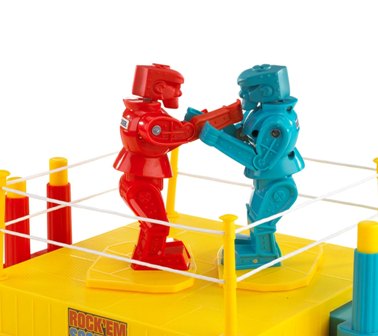 On August 25th, 2014 the Minnesota State Fair is exactly what one would expect: plenty of fried food, animals, rides, displays, and…robots?

This summer, the Providence Academy Robotics team, Power Amplified, participated in the First Robotics Organization’s exhibition at the Minnesota State Fair. One of three robotics teams that day, the PA contingent was able to demonstrate their robot’s remarkable capabilities, which include both catching and launching objects. “It was a good PR showcase,” remarked Mr. Michael Plucinski, the head of PA Robotics.

Last spring, Power Amplified debuted their robot at a large tournament in Duluth. PA’s robot participated in separate matches against fifty-four other teams where it displayed its skills. Matches consisted of two, three-robot teams. Each team earned points for throwing balls through one of the opponent’s goals at the ends of the field. More points were earned for passing the ball to other robots on the same team before making a goal.

Although the Robotics team did not earn a spot in the final rounds of the tournament, they did make it into the top twenty; an impressive feat for such a new club! Of course, “there’s always room for improvement,” stated Mr. Plucinski.

Started in 2012 by Mr. Plucinski, the team is comprised of about twenty active members who all contribute to the production and operation of each year’s competition robot. Now the team is “‘gearing up’ for this season,” said Mr. Plucinski. They have already begun by preparing for the Minnesota Robotics Invitational, which is being held in Roseville, MN on October 11. For the rest of the year, Robotics will be focusing on building their new robot for the annual tournament in Duluth, where they hope to make those coveted final rounds.