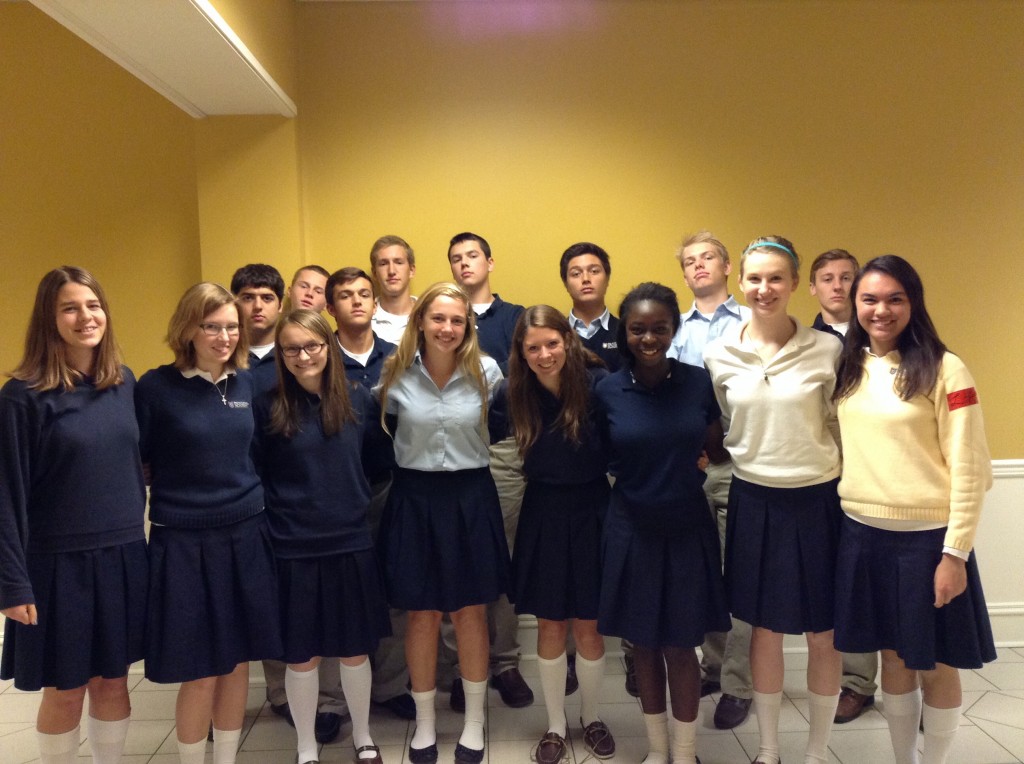 “I would never want to wear a uniform. Being able to wear what you like is a statement of expression.” That is the opinion of Sam Sanderson, a student of Wayzata High School on whether it would be easier to wear a uniform.  As Providence Academy students, are we not able to express ourselves since uniforms supposedly limit our expression?

Linne Hoofangle, a writer for the Cedar Falls, Iowa student newspaper “Tiger Hi-Line” wrote, “We live in a dynamic society, full of unique characters that make our world a spontaneous one.  Cutting that off at a young age only stifles creativity and encourages conformity.  According to this article, students who wear a uniform never can truly express themselves or achieve full creativity.  If somebody were to say that a Providence student can never truly attain their maximum creativity because of their uniform, they should just simply look at the artwork of Providence students.

Many people think that wearing clothing of their choice helps them express themselves, but there are many other ways to express individuality.  According to the Merriam-Webster Dictionary, expression can be defined as” making your thoughts or feelings known by speech or writing.”  In many of our classes, students are given the chance to have discussions about our opinions on books and topics.  As seniors, we are able to write an entire speech on any topic of choice and present it to our peers.  If expression is showing who you are, than writing and discussions should be the most important form of it.

Although expression can be shown through clothing, it is mostly shown through our actions.  We express ourselves by the way we treat others, not by which designer brand we are wearing.  Even when we do have the very rare out-of-uniform day, there is a common theme to what students are wearing. “What I see among high school students, and even in middle school also, is not a want to be different, but to be like everyone else,” said Dr. Kevin Ferdinandt, Director of the Providence Academy Upper School.  He also makes the point that with the choices we are given in our uniform, there is a recurring theme with what we can control.  If we wear similar things to each other when we are not in uniform, why is it such a big deal to be wearing what everyone else is on a regular school day?

When on a sports team, and many Providence students are on teams, the team wears a uniform.  Just because all of the players wear the same jersey, does that mean all the athletes are limited to the same level of athleticism and skill?  On a football team, are the quarterback and the running back only capable of doing the same thing because they wear the same jersey?  Of course not, uniforms only show that you belong to a certain team, school, or group.   Nobody thinks twice about having a uniform for a sports team, so why are uniforms such a huge debate at other schools?