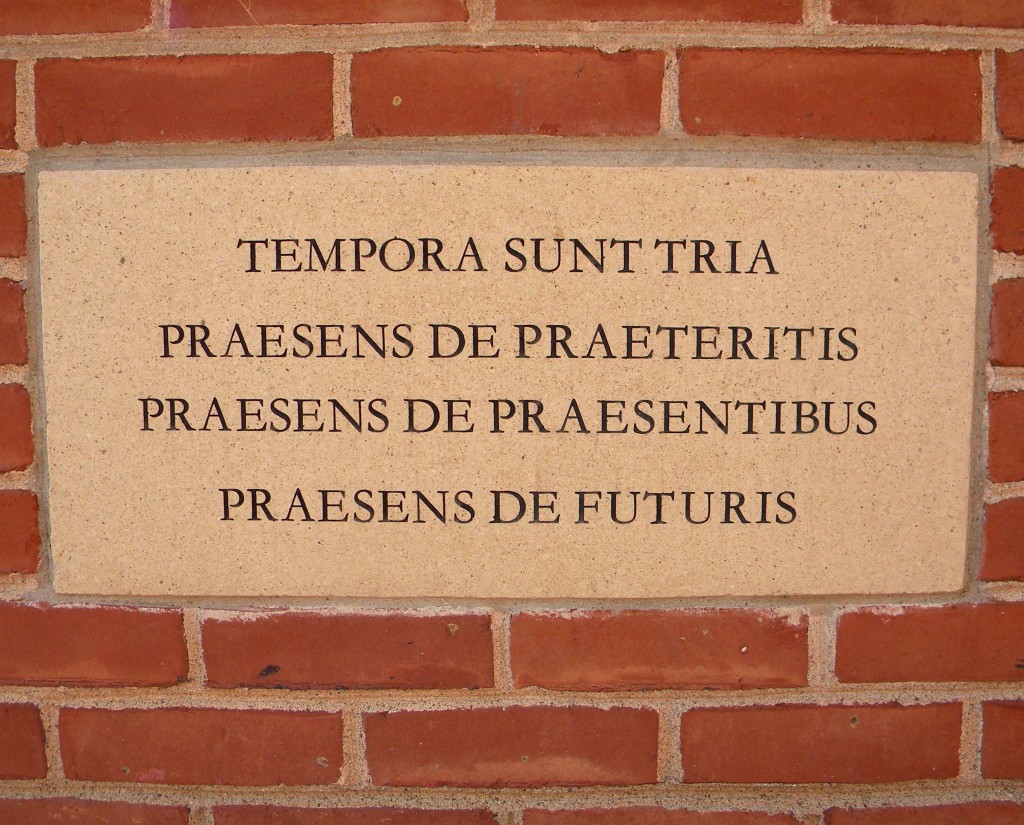 On a beautiful spring day in 2005, dozens of students and teachers clustered around a small black box near the front entrance of Providence Academy. Their mission? To assemble a time capsule that would not be unearthed for 50 years.

“I was standing next to my third grade buddy in front of the school,” said Mikaela Maglich ’16. She explains that the faculty and students gathered around Dr. Todd A. Flanders, PhD., Headmaster of Providence Academy, as he read a letter that described the time capsule and when it would be opened.

Joe Baird ’15 also recalls that day. “I remember when the fire alarm went off and we all went downstairs to go outside and put the box in the brick wall going down the ramp in the front of the school.” He adds that his fond memories of the box will prompt him to go back to the school and see it reopened.

So what exactly is in the box? PA Headmaster Flanders has the answer. He explains that it contains early spirit wear samples, a red tie, a program for the first Mass, and Providence’s first advertisement, for “Wayzata Academy” along with some other small items. He goes on to explain that this was going to be the schools name, before it was changed to “Providence Academy.” He adds, “I wrote a letter that’s in there.”

Think 50 years is a long time? Ten years have gone by already. PA Headmaster Flanders sincerely hopes that in 40 years the school will hold the same values and truths that it does today.