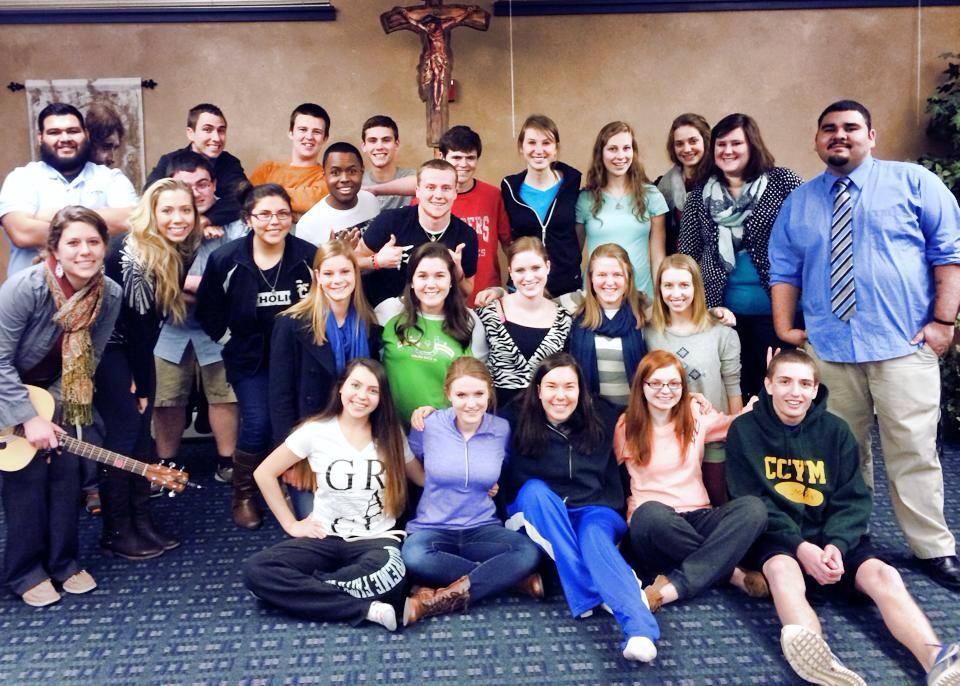 Today marks “College Shirt Day” for seniors – a day where the class of 2014 dons apparel advertising to the PA community which college or university they will be attending next year. But Grace Garvey ’14 and Colleen Irwin ’14 are torn.

For Garvey and Irwin, picking out a shirt isn’t as simple as just deciding between a t-shirt and a sweatshirt from their chosen colleges, because next year they won’t be attending college at all – Irwin and Garvey have decided to postpone their college enrollments to join NET Ministries next year.

“It’s kind of weird,” Garvey said. “I always thought I would go to college next year, but really what’s one year?”

The decision to join NET was complex for both soon-to-be PA alums. Joining NET Ministries is a large commitment, as a NET team member spends nine months of his or her life away from home, staying with multiple host families around the country. The process is completely voluntary, and members receive only a small stipend each month for necessities. But despite the difficulties of the life of a NET member, Irwin and Garvey ultimately decided to serve on a team next year.

For Irwin, she felt an outside influence regarding her decision to join NET.

“I felt called to a year of service,” she said.

Garvey chose to join for similar reasons, saying “I just felt so blessed that I’ve gone to Providence and had these awesome opportunities in my life, so I felt like I need to give back somehow.”

Garvey also includes “the awesome impact the Providence NET Team has had in my life” as a major factor that influenced her decision to join NET.

The two future “Netters” will have to undergo five weeks of training, starting August 14th. Then they will be assigned to a team – either a school team like Providence’s, a home team that stays at a NET center, or a traveling team that visits churches and schools around the U.S. One year of NET service lasts from August until May, and NET members receive two weeks off at Christmas.

NET members give retreats, sometimes up to hundreds of them in the 9-month span, working to spread excitement about the Catholic faith to young people.

“I’m just really excited to spend a year with my team, with my brothers and sisters,” Garvey said.

Garvey also mentioned how it’s possible she will be serving on a team with some familiar faces next year, as she could possibly be put on a team with either Irwin or the three current PA NET members who will be returning for a second year at NET Ministries. Additionally, current PA Netter Grace Rogers will be taking on a leadership position at NET.

Regardless of what team she is put on, Irwin says she plans on having an exciting and memorable year next year.

“I’m excited to share my faith and meet other people who are excited about faith,” she said.