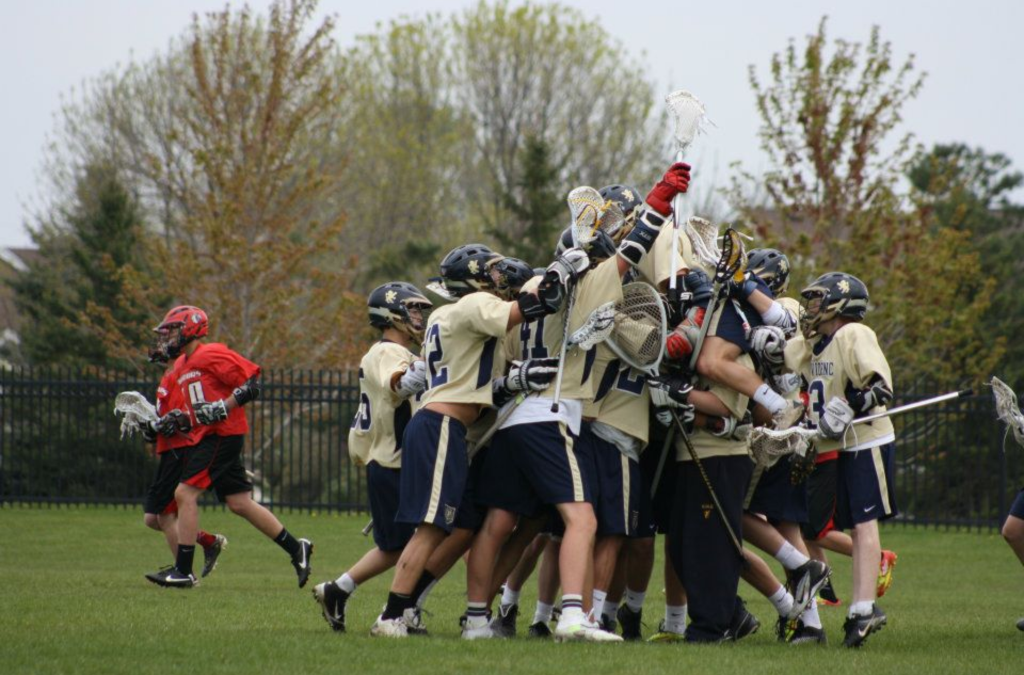 Two years ago, a small group of dedicated Providence Academy lacrosse players began playing together as a club. This year, boys lacrosse became a varsity sport with 20 more participants than when the club began.

“Lacrosse has definitely affected the athletic program at Providence positively,” said captain Nicholas White ’14. “Every boy who has tried lacrosse in the program for the first time has stayed with it; the retention rate is incredible.”

“I played tennis for a long time and got kind of sick of it. I wanted to play a more physical sport, my friends had started it, and the only other sports were baseball and golf,” said Ogren.

Much of the team has a story quite like Ogren’s – joining lacrosse as a secondary sport and continuing with it.

However, not all spring sports captains have the same optimism.

Track and field captain Allie Wooden ’14 said that “the [track and field] commitment level went down. When [lacrosse] first started, it took a couple guys from the team, and there were many guys trying to do both.”

“We haven’t known our team without the lacrosse team, but I know that there were a lot of guys interested in lacrosse,” Christianson said. “We only have two guys whereas other teams are mostly guys – it sometimes hurts us in competition.”

When asked if baseball rosters have been affected, captain Jesse Barron ’13 said that he didn’t think so.

Regardless of “lax’s” unintended consequences, it is hard to ignore the statistics: this season marks a 62.5% increase in participation from the inaugural season. The 52 players are divided into three teams – Varsity, Junior Varsity, and U15 – making it one of the largest sports at Providence. And most remarkably, the program has maintained a 100% retention rate.

“Lacrosse is a new sport to not only Providence but Minnesota… Not only are there an exorbitant amount of kids in the program, but Providence is now attracting students to enroll because of the lacrosse team,” said White.